You know I literally wrote the book on Gluten-Free. But I also know as an alternative practitioner that one food sensitivity does not usually a healing make; you need to isolate as many sensitive foods as you can.

And here’s one other problem that’s often overlooked by the medical community. Even though inflammation is often cited as the culprit for many degenerative diseases, including cancer, diabetes, and heart disease.

Not to mention autoimmune conditions. Research hints that up to 80% of disease can be averted with diet and exercise. What are you waiting for?

If you’re one of those people who’s trying to figure out what the heck you should and shouldn’t eat … if you’ve eliminated the common culprits, gluten, dairy, and soy. And have even gone further and removed things like eggs, nuts, and nightshade vegetables (including tomatoes, white potatoes, eggplant, and all types of peppers) … and still can’t find relief … listen up! Because there may be other, as Sherlock Holmes said, “games afoot”.

If you’re one of those who can’t find relief no matter what, I’d suggest food sensitivity testing. Because it tests for many things … one of which is salicylates, which I’ll talk about in another article. An even bigger concern, however, is histamine intolerance.

Because food sensitivities can kick up histamine and exacerbate whatever problems you already have.
There’s an article on histamine intolerance put out by the supplement company, Designs for Health. You can read the entire article here. Not only that, there’s a Histamine Intolerance group on Facebook that you can join here.

Needless to say, this is a big issue with lots of people. So what exactly are histamines and what do they do? Here’s an explanation from several articles, including the one above.

Histamine is a natural substance produced by the body and is also present in many foods. It is released by the body during times of stress and allergy.

In an allergic response, an allergen stimulates the release of antibodies, which attach themselves to mast cells. When histamine is released from the mast cells it may cause one or more of the following symptoms:

• Eyes to itch, burn, or become watery
• Nose to itch, sneeze, and produce more mucus
• Skin to itch, develop rashes or hives
• Sinuses to become congested and cause headaches
• Lungs to wheeze or have spasms
• Stomach to experience cramps and diarrhea …

Histamine is responsible for many of the uncomfortable symptoms of allergies …. So it’s not surprising that, ingested as a food component, histamine can trigger these same effects. Specifically, wine and beer, foods that are aged or fermented, and meats that are not consumed at their freshest, may be high in histamine.

The bacteria naturally present in the animals convert histidine to histamine, and histamine is not broken down or destroyed by cooking. People with extreme sensitivity to histamine may have trouble consuming meat that has been refrigerated for some time after slaughter, rather than being frozen immediately.

Why Histamine Intolerance is a Problem

Histamine in the body is broken down by two enzymes … diamine oxidase (DAO) and histamine-N-methyltransferase (HNMT). Histamine intolerance results when the accumulation of histamine outpaces an individual’s capacity to get rid of it or possibly when these enzymes fail to work as they should.

DAO primarily degrades ingested (extracellular) histamine, while HNMT is active within the cells. HNMT resides mostly in the kidney, the liver, and the bronchial epithelium and intolerance or inactivity may be partially responsible for lung disorders such as asthma.

DAO, therefore, is then the enzyme most active upon food that you eat. There are even supplements containing DAO for the histamine-challenged.

What do you do when you suspect that you have a histamine intolerance? Well, instead of going on a low histamine diet, I’d again suggest food sensitivity testing.

Other things besides high-histamine foods can kick up inflammation and cause the same reactions listed above; avoiding them can put your body back in balance. If that still doesn’t work for you, I’d suggest meeting with an alternative practitioner to explore other options.

Histamine intolerance is a condition poorly understood by the medical community. But yet may be the one of the missing links between illness and health. 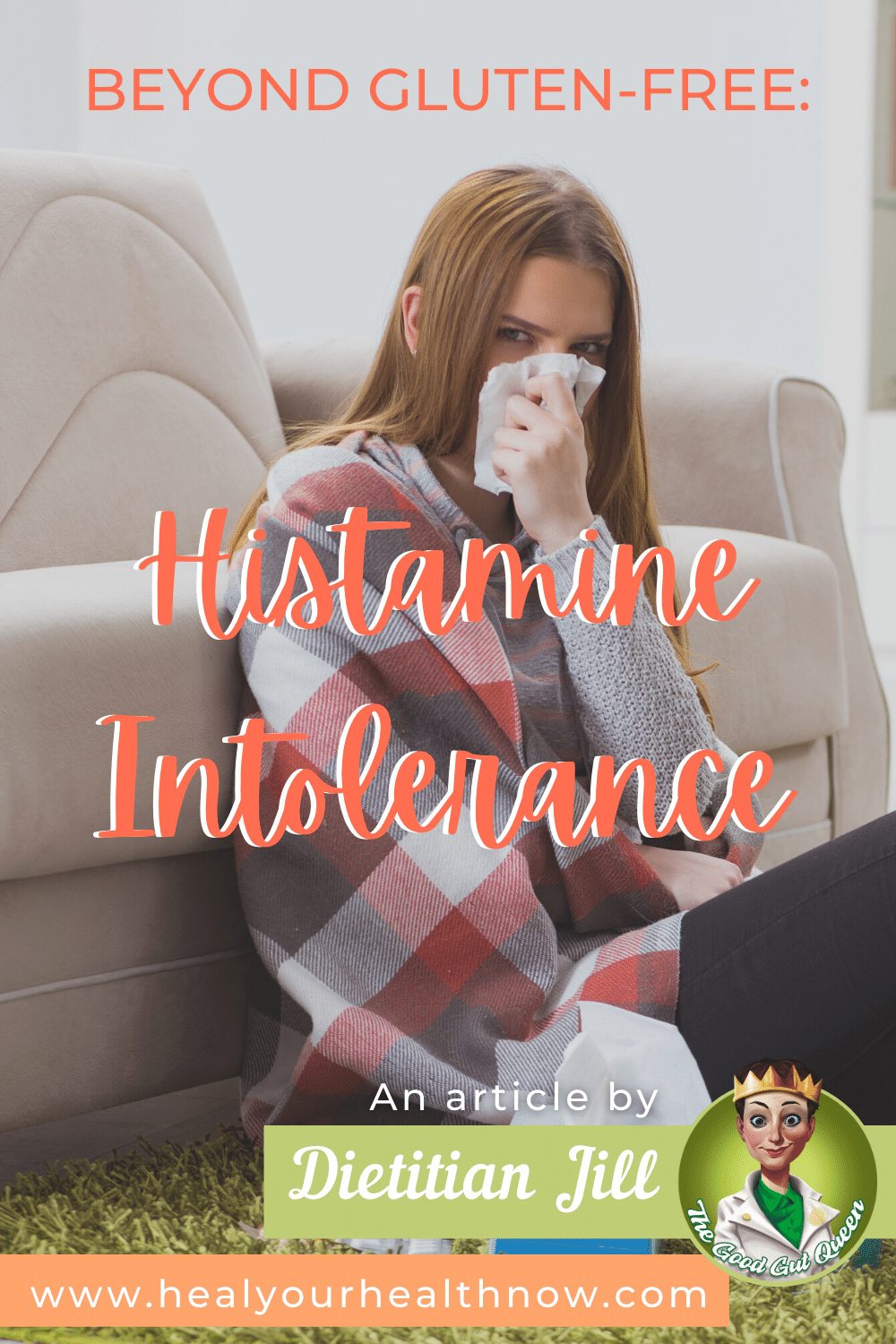