Do You Really WANT Health Prevention?

I think we totally have a skewed  … disconnected idea of what health prevention is. A long time ago … way before I became a dietitian … I was standing in the wings when Harvey Diamond was speaking.

I had been working with the Diamonds for some time when their book … Fit for Life … was red-hot and on the list of the 25 most-sold-ever books. And backstage I stood with my business partner, Sarah.

She leaned her body heavily against mine in a gesture of bonding and fun.  And asked … (and I haven’t forgotten it thirty years later) “Aren’t you glad we did this (followed a healthy lifestyle) BEFORE we got sick?”

I’ve thought about this almost that long.

Why are we talking about health prevention as a bunch of  screenings for disease? When we should be talking radical lifestyle change to prevent the rising tide of autoimmune problems.  Which cause every chronic disease we know.Click To Tweet

Some Statistics about Health Prevention

Chronic diseases, such as heart disease, cancer, and diabetes, are responsible for 7 of every 10 deaths among Americans each year and account for 75% of the nation’s health spending. And I fear that the focus on disease has blinded us to the fact that we should be addressing the root causes for these problems.

Every article on health prevention throws statistics at you similar to those I found in a blog on healthwaresystems.com.

So what passes for health prevention in our country? These four main things and recommendations …

Why Don’t We Focus on Root Cause?

Other statistics show that , according to diet guru and Harvard professor, Walter Willett, MD …

Among U.S. adults, more than 90 percent of type 2 diabetes, 80 percent of CAD, 70 percent of stroke, and 70 percent of colon cancer are potentially preventable by a combination of nonsmoking, avoidance of overweight, moderate physical activity, healthy diet, and moderate alcohol consumption.

Here’s some other statistics … 50 million Americans now have autoimmune diseases.  And 80% of us have leaky gut. And information about both of the is the #1 most popular health topic.

So why aren’t we addressing these? Or focusing on the preventables above. Because … to begin with … doctors know nothing about nutrition, states another of my articles.

On average, U.S. medical schools offer only 19.6 hours of nutrition education across four years of medical school. And … to go full circle … have NO idea how to use diet or other lifestyle changes for health prevention.

Not to mention write orders for therapeutic diets that make any sense for the patient involved. And never teach people about them. All they know is how to write prescriptions.

So where do we go from here? It seems that the system is broken. Are we just not focusing in the right place?

Actually, this is all about prevention. And awareness of how to make our bodies and ourselves better. So … I think the first thing we all should do (after we shed the magic pill mindset I described in another article) is …

Shine a Spotlight on Diet …

As I said, doctors know next to nothing about the impact of a good diet on health. But I could site so many studies that show it does that they would fill this entire article.

Here’s one, The Impact of Diet and Lifestyle on Gut Microbiota and Human Health which states “There is growing recognition of the role of diet and other environmental factors in modulating the composition and metabolic activity of the human gut microbiota, which in turn can impact health”. But also postulates that we don’t know enough about this whole process to say once and for all what diet impacts health the best.

Another article, Gut microbiota composition correlates with diet and health in the elderly, explains …

Collectively, the data support a relationship between diet, microbiota and health status, and indicate a role for diet-driven microbiota alterations in varying rates of health decline upon ageing.

Clearly, there’s a need for “diet-driven microbiota alterations” in our society. But we do everything to counteract that … eating foods short on nutrients and long on chemicals.

Chemicals that interfere with our microbiota and … just one cell layer below that … our immune system. The solution … promote better eating.

But my question always is … how can we do that when cardboard food (and the promotion of it) is so prevalent? And the line outside the In-N-Out burger place in my neighborhood is three blocks long.

Clearly, we need to wake up! And … like my colleague, Sarah, said … develop a mindset that focuses more on prevention and less on “I want it NOW!”

Genetics Have Less and Less to Do With Health

My sister swears that her tremors are all about mom’s genetics. But mom’s … I have a feeling … were due to massive doses of thyroid medication she took when they didn’t know how much to give years ago. My sis’s … from massive doses of chemo and radiation she had for her breast cancer.

I have the same genes … and have neither the tremors nor the crippling rheumatoid arthritis my mother had. And researchers are finding that genetics, which we once thought to be the number one reason we get a disease or not, isn’t the only factor.

As a matter of fact, about only 30% of disease these days has been researched as having a genetic cause. Bryce Mendelsohn, MD, PhD, who specializes in medical genetics at the University of California, San Francisco, agrees … especially where Type 2 Diabetes is concerned. He says …

There exists conditions in which genes play some role, but lifestyle choices make more of a difference when it comes to whether or not you’ll get it.Click To TweetGenetics and excess weight both can increase its chances. But “a person of a normal weight, even if they have the highest-risk genetics, probably won’t get diabetes. The person who’s overweight, even if they have the lowest-risk genetics, might still get diabetes,” Mendelsohn says.

So even the thoughts of the medical community are shifting away from the gene theory of disease (and the germ theory too as we now know that bacteria AKA microbiota can be a good thing) towards lifestyle and environmental change.

But I fear that it’s not happening fast enough. And we have few mechanisms in place to MAKE it happen.

If You Build It, They WON’T Come …

One of the most rewarding times of my professional career was working in an integrated cancer clinic. I not only worked with top-notch professionals with sterling credentials, I developed the supplement and diet education plan for the clinic.

One of my most crowning achievements was doing a whole prevention program for patients post-treatment. It took hours and hours of my time.

AND NOBODY CAME! We pondered long and hard over this. And finally had to admit that patients just wanted to get as far away for their pain and suffering once they were healed as soon as possible.

In other words, no one was interested in prevention! Thinking this an isolated incident, I was invited to speak at the Wellness Community, a non-profit serving the cancer community, AND THE SAME THING HAPPENED!

Not only that, they were rude and demanding to boot. Are people not interested in feeling better or preventing disease? Or are they so scared that they can’t confront their ills? Or are they just too lazy to put in the work?

I’m sure that some will … even when facing the most unscalable problems. But taking responsibility for ourselves does not seem to be our strongest muscle.  It IS puzzling, isn’t it? 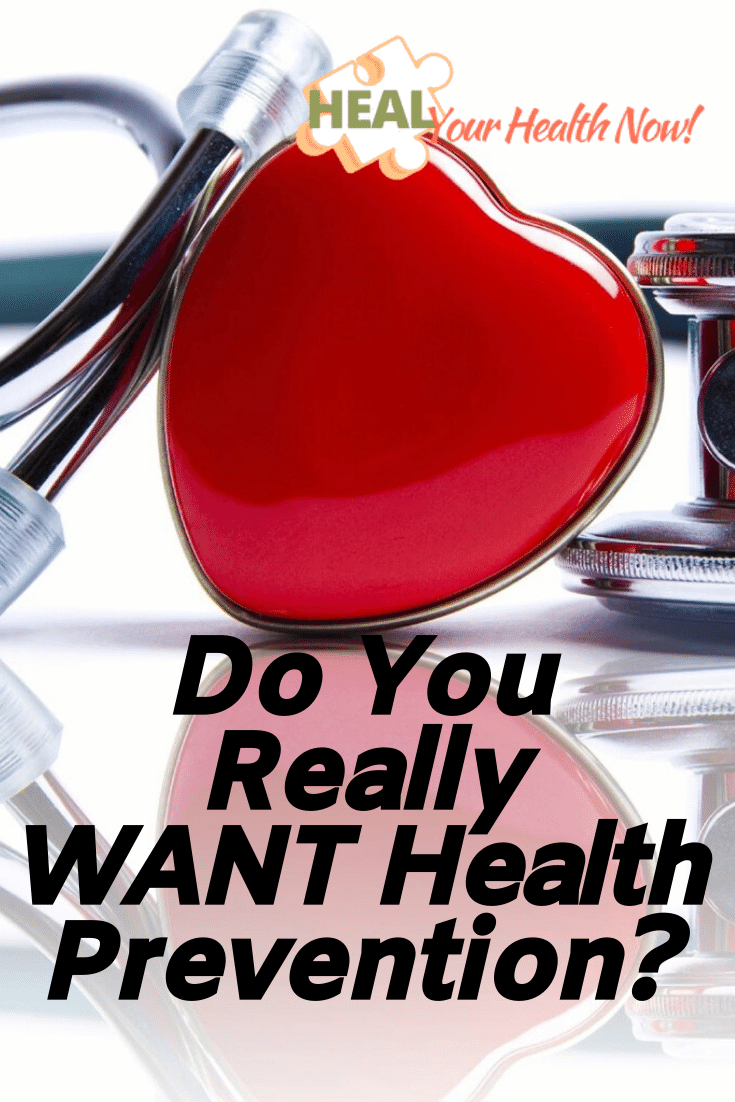