This article was originally published in 2016 when I hadn’t read the REAL facts on a Gluten-Free Diet. And found it was neither fad nor fiction.

Y’see … a landmark study by Hollon, etal  showed that people in remission from celiac disease … those who avoided gluten … as well as gluten sensitive and normal individuals … and found that ALL of them had compromised guts after eating gluten.

You can read alll about it in Rethinking Gluten Free, a later article where I debunked … citing actual research you can read about in the article … my original premise of doing Gluten Free if it worked for you. And stopping if it didn’t.

Now I’m the poster “queen” for a Gluten Free diet. And I DO believe that, in our now-toxic world, it might be good for everybody. Then … I wasn’t so sure …

A recently-published article in the Journal of Pediatrics is a must-read for anyone pondering a Gluten-Free diet (GFD). When I published my book, Gluten-Free in 5 Days, (which you can get here) even my book editor became a fan because I said that, if Gluten-Free (GF) wasn’t working for you, STOP DOING IT!

Now don’t get me wrong! I’m a HUGE advocate of GF eating. That’s why I wrote the book.

But I also have tested myself for food sensitivities and found that I was sensitive to wheat and oats … two of the gluten-laden offenders that we dietitians warn might be causing a whole host of health problems. I also found that avoiding gluten made me feel better.

Everyone Should Test for Food Sensitivities

Ideally, everyone should test for food sensitivities to find out exactly what foods might be making them sick. But … if you’re one of those who would like to try going Gluten-Free, a trial of those foods might be advisable if there was a stop date (like three months) and some sort of tracking of symptom relief, such as a food-symptom diary.

Also consider these take-aways from this article … and the one in the Journal of Pediatrics … 1) involve a nutrition professional in all your dietary goals and about what’s best for you nutritionally.

Because these changes are usually far more complex than avoiding just one thing in your diet. And 2) those who purchase GF foods without being on any prescribed diet seem to form the majority. For those, prudent education about a GF diet and its facts and foibles might be a good idea.

Is Going Gluten-Free REALLY Good for You?

The article cites that there’s just not enough scientific proof for the efficacy of a GF diet, that GF foods may ultimately not be a healthier alternative, especially for children.

But that eating GF might provide a positive benefit for some. Even with all the negative press it’s getting lately, eating GF burgeons. Statistics don’t lie …

According to a 2015 survey of more than 1500 American adults, “no reason” (35%) was the most common explanation for selecting gluten-free foods, followed by “healthier option” (26%), and “digestive health” (19%). ‘Someone in my family has a gluten sensitivity’ (10%) was more common than those reporting, ’I have a gluten sensitivity,’ which was the least common rationale cited (8%).

I also like the part that debunks the fiction that Celiac Disease (CD) is not the only reason to Go Gluten Free and that Non-Celiac Gluten Sensitivity (NCGS) is a poorly-understood but clinically-significant condition that, according to my research, affects up to 60% of Americans.

FICTION: CD is the only indication for a GFD.

FACT: There are multiple indications for dietary gluten exclusion.

Then, clearly, Gluten Free is NOT a FAD …

Diagnosis with CD is lifelong, and a well-defined indication for a strict GFD. Dermatitis herpetiformis, a cutaneous manifestation of CD, is uncommon in children, though likewise responds to a GFD.

CD is not rare in the US or worldwide, although detection rates of CD are poor in the US, where only 17% of those with CD are diagnosed. No safe quantity of gluten intake has been established for patients with CD.

Gluten-containing foods may induce symptoms in certain individuals without CD. NCGS is currently a poorly understood condition for which the clinical diagnostic criteria have only recently been clarified.

There is only nascent data describing the existence of NCGS in children. Those with NCGS do not have CD or wheat allergy, yet experience gastrointestinal or extraintestinal symptoms induced specifically by gluten.

The prevalence of NCGS ranges from about 0.5% to 6% according to recent reports. Nonceliac wheat sensitivity and people who avoid wheat and gluten have been suggested as more fitting terms, given that NCGS is typically a self-diagnosis and it is not clear whether it is gluten to which individuals react.

Recent evidence has supported the hypothesis that certain people with sensitivity to fermentable oligosaccharides, disaccharides, monosaccharides, and polyols may be misclassified as having NCGS. Despite the nondescript nature of NCGS, there may be greater awareness of NCGS than CD.

Empiric treatment for NCGS may interfere with a diagnosis of CD when other discernible causes of gluten sensitivity have not been excluded first.

Although gliadin IgA antibody (an indication of gluten sensitivity) may be more prevalent in some with NCGS, small bowel histology may be nonspecific and assays reliably distinguishing those with NCGS from the general population have not been developed to date, leaving an opportunity for self-diagnosis and overdiagnosis of NCGS.

Only 6.6% of consecutive patients with presumed gluten sensitivity in an Italian study actually had NCGS—86% did not experience symptoms when gluten was reintroduced.

Other conditions such as irritable bowel syndrome, small bowel bacterial overgrowth, and fructose and lactose intolerance may be responsible for symptoms in those self-diagnosed with gluten sensitivity.

So the above was my take then. The cool thing about research … there’s usually more of it if the subject is worth researching. And … with Gluten Free diets … I would welcome more of it to once and for all to separate fad from fact and fiction. 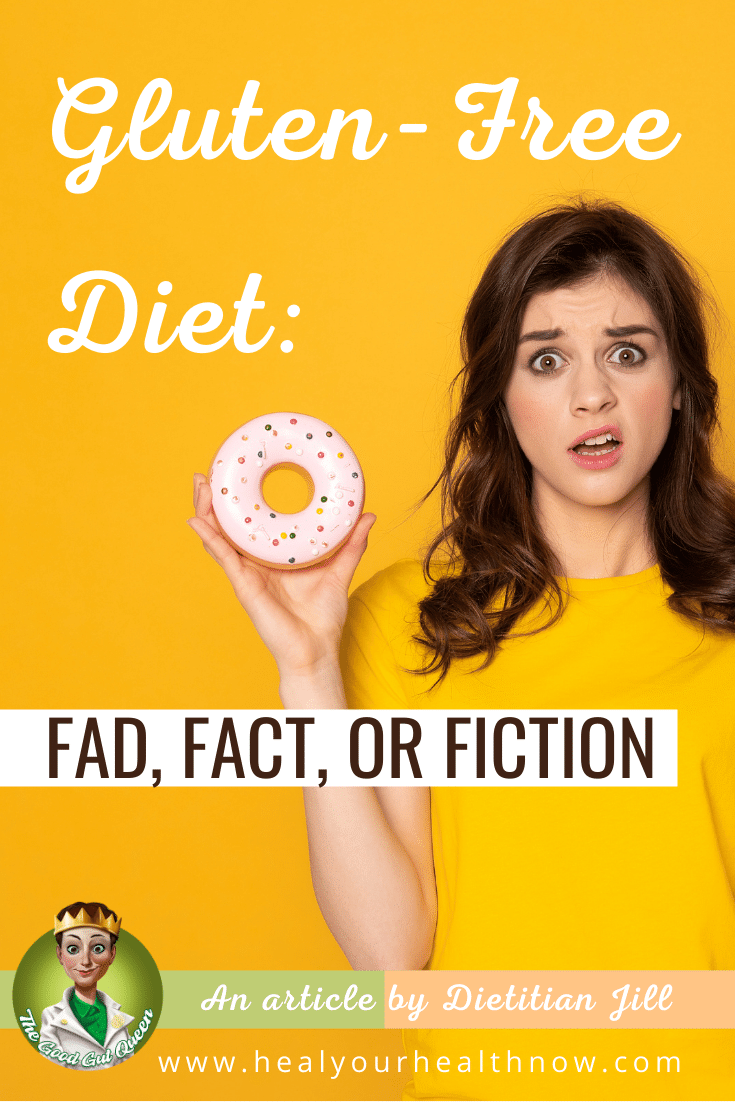