There is no END to Getting Well

Is there a formula for never-ending getting well? Famed actor Cary Grant seemed to think so.

As did many of my generation, I loved him.  But I didn’t realize until recently that Cary Grant was an abandoned child … one whose father put his mother in an insane asylum so that he could start another family. Men could do that then and still can … and worse … in some parts of the world.

And because of that, Grant had tremendous difficulty trusting women.  To that end, he sought out weekly LSD treatments.  And finally achieved happiness and contentment in his fourth marriage.

All of that was revealed in a recent Showtime documentary.  But what blew me away was something he said in it.  It’s been rattling in my head for weeks, so I just had to share with you my churning thoughts. It was …

“In life, there is no end to getting well” ~ Cary Grant.Click To Tweet

IS There a Formula for All-Around Getting Well?

Grant’s statement is so true!  So now at 73, I’d like to share with you my take on getting well and keeping well.  Because, at 73, I’m exercising daily again, taking Qigong class twice a week, working diligently on my “Are You Weighting?” program, doing  a media blitz for my private practice, and generally feeling just amazing!

Not only that, I’m looking forward to my life changing yet again for the better … as it always does … even if it doesn’t look like it at the time.  After many years of trying to find myself in all the wrong places.

So here’s some sage advice from a fledgling sage … how to get well and stay well … forever … and, yes, I’m talking about future lives too …

Cary Grant’s fourth wife, Barbara Jaynes,  who was many years his junior, said that, at first, she was wary of the age difference but married him because of his insatiable curiosity;  according to her, he was “fascinated by life”.  I, too, wake up every day wondering what new thing will come my way.

If you sew yourself into a safe, taught sleeve, you may miss the magic of an unraveled seam. Or the adventure that looms right around the corner.Click To Tweet

My advice … be open to everything that comes your way.  And don’t be afraid of it … after a few missteps you’ll develop a discerning muscle that tells you what will work for you and what won’t.

But if you’re never curious about new things and never even try them, how will you ever know?

Change is a constant.  So I don’t know why we fight so hard against it.

For example, many people think that aging is a curse.  Me, I know I’m sagging and my girth is expanding, but psychologically I’m more whole than I’ve ever been, and that is much more important to me than a firm, thin body.

Also, embracing change is the key to maintaining that childish curiosity.

Stay in the Moment …

This is the most valuable thing I ever learned as an actor.  If you’re not totally reacting to everything going on around you, it’s impossible to make learned lines and rehearsed movements seem like they’re happening right here right now.

That’s the skill of acting.  But something that’s enormously valuable for everyone to learn.

I’m not suggesting that you take acting classes.  But I am advocating that you find ways to stay in the moment with yourself.

We did it by spending hours exploring our bodies, our senses, and our emotions.  You can do it by practicing disciplines such as mindfulness, meditation, and movement that connects the body with the spirit, such as Qigong, Tai Chi, and Yoga.

Or I’d suggest that you try my simple, short, sequential Micro-Mindfuls … to begin them, click here.  I created these using all my life experience as well as years of peeling the onion as an actor and counselor.

I KNOW they’ll work for you if you do them … and I’ve made it as easy as I can to do so. Do anything that slows you down and practically forces you to confront you … warts and all.  Then the warts will heal.

I think that was what Cary Grant was attempting to do.  For many of us, that’s a tall order.  Especially if you’re a woman and taught from birth that your only value lies in your face and body.

So I’m advocating that you love the ALL of you.  That means that you are comfortable with you, that you don’t look outside yourself for others to validate you, and, therefore, you refuse to be either a victim or a people-pleaser.

In an era of falsehood, uncertainty, and innuendo, authenticity has risen to the surface as the trait that is most prized.  And … besides, I’d hate to live my life like my mother …  hating her sagging body and selling her brilliance and talent so short.

Loving yourself means ultimately accepting who you are with all your facts and foibles.  Not only that, when you love yourself above everyone else, you can not only be free to love them fiercely back but live a life without doubt, fear, and anxiety.

I’d like to get to know that person … wouldn’t you?

Know that Everything Happens for a Reason …

I am so grateful that my acting coach and forever friend, Walter Lott, introduced me to Eastern spirituality; it changed my life.

Because it taught me that I could go to god and they’d tell me how, but that it was my responsibility to do the work.  In other words, I was totally responsible for my life and choices.

Eastern spirituality also taught me that everything happens for a reason.  In other words, I trust whatever is going down in my life as precious.  And know that it’s a process, I can handle it, and it’s there to teach me a life lesson.

If I ignore it, the life lesson will pop up yet again in a different guise. And I’ll have to learn to understand it yet again. Click To TweetBecause of this, I can rise above self-pity, self-victimization, and out-and-out overwhelm.

Don’t Do It Just for the Money …

I have to admit that I’m still working on this.  Because I grew up in a home where my father ultimately failed as the breadwinner, and it was the cause of ongoing strife.  Not to mention that I still possess the actor’s mentality of “I love it so much I’d do it for free”.  Along with the reality that I’d need to work at something else, often at the expense of my passion, just to survive.

Now I know that I need to follow my passion and get paid for it too.  Because I deserve it.  Yes, there’s some doubt peeking out there.  But I do have confidence that taking risks and doing creative things to follow my passions are the only way for me to live.

And that pursuing traditional ways to make money stifles that creativity.  And, yes, I’m saying this for myself as well as for you. Because, as Cary Grant said, “There is no end to getting well!” 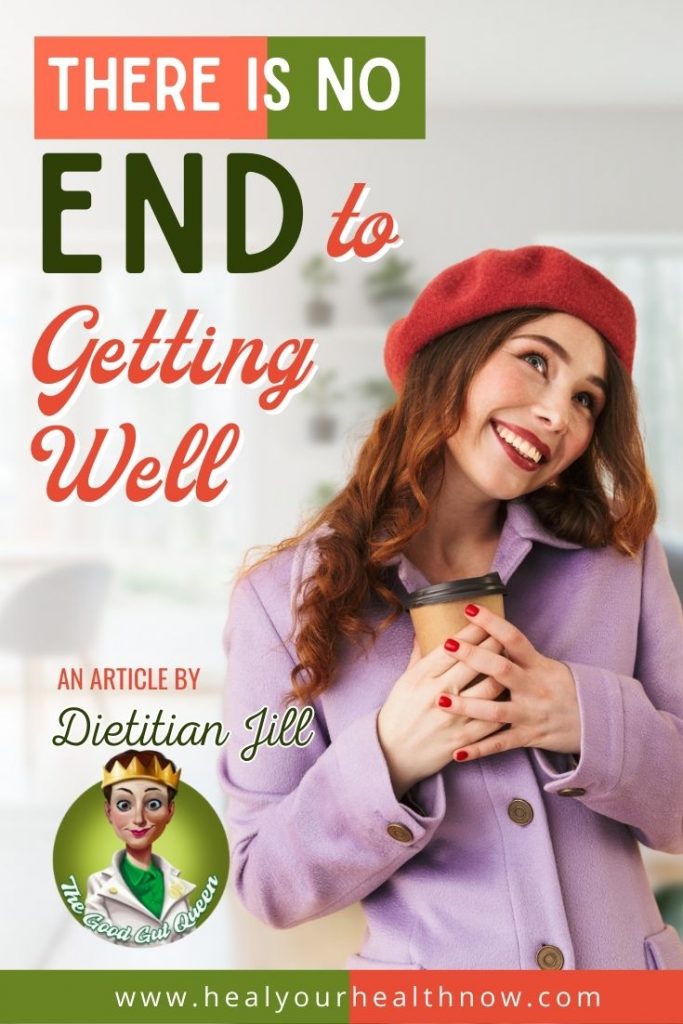