Are You STILL Afraid of Food?

I just finished a session with one of my amazing clients, Edna (not her real name). Edna is STILL afraid of food.

From trauma to self-harm to starving then binging and purging … it’s no wonder that she’s still afraid of food.

In order to treat her, I’ve deconstructed her food behaviors. And made her much more aware of how she behaves not only around food but around everything.

So I’m sharing with you my own path out of my food fears. Oh … and don’t forget to read my previous article, Are You Afraid of Food? first. Then …

In order to combat food fears, we have to start from the beginning.  To do that, I’m going to deconstruct the growth of my own awareness journey … way before I used it on food.  A tall order?  You have NO idea!  But I think that … arrogance aside … this is the way out of not only food fears, but other fears as well.  Because, to be aware about one thing, you have to heighten your awareness of everything.

The Gifts of The Senses

OK … I grew up loving the gifts my senses could give me.  I first remember the stratified scents of food in my Aunt Jessie’s kitchen (she was the cook in the family and I was often dumped there when my parents went to those “Dirty Dancing”-style hotels in the Catskills).  She did everything from scratch except distill her own wine.

The Gifts of Acting Training

Actors need their senses to create truth from nothing but a few words on a page.  I took singing lessons from the age of eight.  And studied with every great acting teacher of the 20th Century except Stella Adler.  I even took improvisation from the person who invented it and birthed the modern sitcom.

But I didn’t really understand the acting process until I reached Lee Strasberg.  Strasberg’s whole “Method” (I wanted to make T-shirts that said “There’s a Madness to Our Method”; Strasberg nixed it) was based upon recalling sense memories like the smells in my aunt’s kitchen.

I became a Method expert, later teaching it.  As a matter of fact, I was once hailed as one of the two best Method coaches in L.A.  The other had studied with Lee almost from birth.

Later on in my coaching, I abandoned most of Method, which I found limiting and dated, for Grotowski work … an even more physical way to stimulate the senses that transported me to realms that I would never have dreamed of.  Eastern religion and meditation also enhanced this mixture of sensorial and spiritual schooling.

I’m telling you all this because you have to start somewhere on this journey … and the best place I know to start is at the beginning.

Even if you have sharpened senses, as I seemed to be blessed with,

it’s important to begin with breathing and relaxation … the cornerstones of any acting or awareness discipline … and to not skip steps.  Click To Tweet

Because this awareness stuff is cumulative.  And I can’t tell you where you’re going to go because the experience is different for different people.  Just do the exercises … and do something daily (I’m giving you seven ideas to start you off).

The bottom line is to surrender to and trust the process.  When I studied with my first Method coach, Walter Lott, I asked him why we were doing relaxation exercises.  He returned, “Just MOVE!”

Give it a try for 30 days.  Then see where you’re at.  Oh … and if you’re wondering what this has to do with food fears … hang in there.

You have to crawl before you can fly.  Work on these at least five minutes each … and don’t forget to start each exploration with breathing and relaxation.

Breathing is the starting point of awareness; that’s why so many bodily disciplines begin with it. Click To Tweet

This is what I learned from Walter and Lee … along with the breathing exercise above, you should do 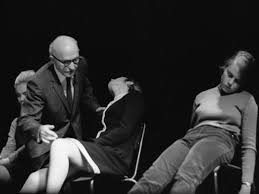 both daily even if you do nothing else this week.  Sit in an armless straight-backed chair (like a kitchen chair) with the idea to relax so that you can fall asleep in it.

Actually, you want to start with your head and move it any way you can to relax it.  You want to stretch your jaw by opening it wide … let it hang … tap your face lightly with your fingers and allow yourself to feel your face droop.

Then go down your body and move each part in any way you’d like with the idea of relaxing that part.  If you find one part you’ve already worked on tensing when you move on, go back and work on it again until you’re satisfied that it’s relaxed.   Do this for at least five minutes. Or as long as you like.

After you do some breathing and relaxation, continue then with normal breathing; sit in the chair, close your eyes, and take in where you are with your remaining senses.  What do you smell, hear, touch, and possibly taste?

Take a moment … just take it all in.  Breathe … give it a minute … don’t think or try to create something … just go back to your breathing and relaxation … in the beginning, the senses will drift in and out … just allow that and refocus on the task …

This was actually the first Method exercise I ever learned.  Instead of focusing on everything sensorial 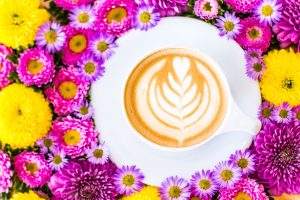 around you, laser-focus instead upon whatever you drink in the morning.

Your body remembers what this feels like even without the cup there, but right now just hold the cup in your hand (or the glass or other container if you don’t drink coffee), feel its weight, its contour, the heat from the sides of the cup. Smell whatever fragrance is coming from it … take a few minutes with this … just exploring the shape of the cup (or container), the temperature (it could be a cold liquid too), the weight.

Then put the cup to your lips and take a small sip … feel the fluid flowing down your throat.  Again, just dwell on this for a few minutes … all the time breathing and relaxing …

After you pour yourself your morning drink and sip it awhile, see it you can put it down and still feel the weight and shape of the container in your hands.  Feel the heat or coolness.

This exercise really helps you figure out which sense or senses are stronger.  Mine are smell (from my kitchen days) and sound (I’m a sound healer).  So when I’m working this way, I hone in on those first.  See which come up for you … 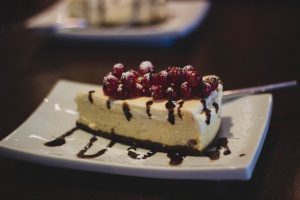 Try the coffee cup exercise with another food … something you feel safe and unafraid about eating. Again, feel the weight and contour of the plate, the same with the food itself, look at the food a long time (at least 30 seconds) before eating it.

Then take a small amount and feel it on your lips, swirl it in your mouth, slow down your chewing. As with all these exercises, begin your brief session with breathing and relaxation.

DAY SEVEN … MOVIN’ ON WITH BREATHING AND RELAXATION …

This time, breathe in about 2/3rds of the way, hold for a count of two, and breathe out.  See if this works for you better than the first breathing exercise.  Then, sitting in your chair, see if you can sense which body part wants to move first … perhaps you’d like to stretch out your fingers or rotate your right foot.

Move whatever part of your body calls to you.  Then move another when the impulse strikes … just keep moving.  And don’t forget your chest and torso … we’re not just a head and a bunch of limbs.  Then find different ways to hang it the chair.  Or do anything else to make your relaxation deeper.

There it is … your first week of awareness.  We need to go here before you can focus upon your fearful foods; we’ll explore that more in a future article.  Meanwhile, just give these seven days a try; you have nothing to lose except five or ten minutes and perhaps everything to gain … a beginning handle upon something that very few figure out!

Haven’t read the first part of this article? … click here

Want start further down the path to making peace with food? I’ve got the answer!  Click here to experience the very first of my video Micro-Mindfuls™ …  simple, sequential, snippets of downloadable mindful experiences. 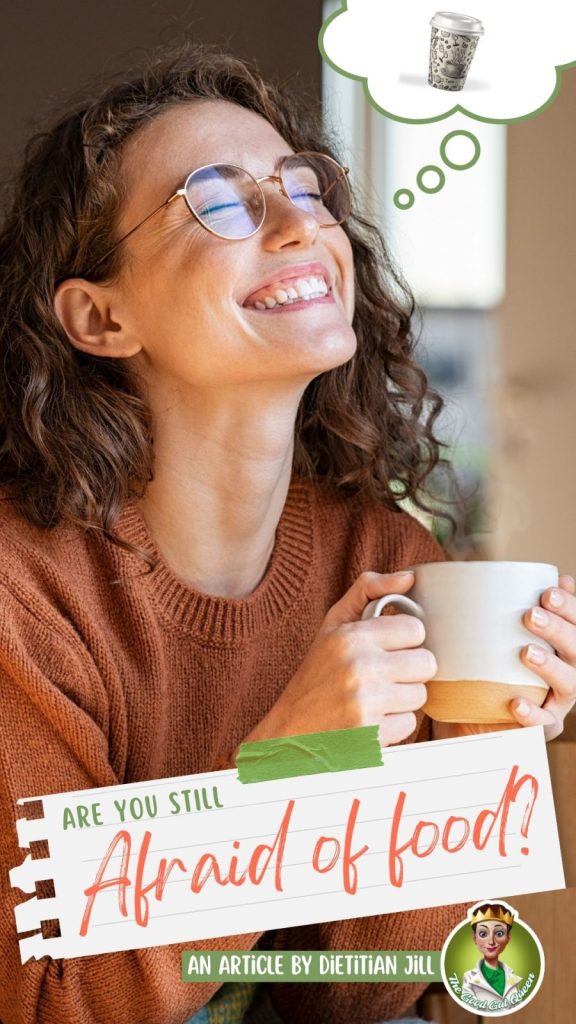