Supplements are an integral part of wellness regimes for many people.  And fish oils are a must-have for many of their regimes. So if I can shine a little light on supplements for you, TERRIFIC!

But the big spotlight I’d like to beam out for you is … if you want to take supplements, don’t trust the health food store clerk, Aunt Flo, or your dog, Fluff for advice on what to take. Treatments for many things, such as SIBO, Parasites, and even Irritable Bowel Syndrome, can be complex and must be individualized  to each person.

As a result, you could do more harm than help. So instead, ASK A PROFESSIONAL!

And here’s my professional opinion about fish oils. Use is controversial, but it’s one of my particular faves.

Fish oils are on the very short list of my absolutely can’t-do-without supplements.  At 74, I can tell the difference immediately in my joints and muscles if I skip a dose.  Because fish oils are one of the best anti-inflammatories I know.

So what are fish oils?

Omega-3 fatty acids are types of fat commonly found in plant and marine life. They are most plentiful in fatty fish and are composed mainly of two types …

Eicosapentaenoic acid (EPA) When people refer to omega-3 fatty acids in fish, they are usually referring to EPA. EPA is a precursor to chemicals involved in blood clotting and inflammation.  Fish obtain EPA from the algae that they eat.

DHA (docosahexaenoic acid) is a major component of the human retina in the eye, sperm, and the cerebral cortex in the brain.  Additionally, breast milk is rich in DHA, which leads manufacturers to supplement it in baby formula.

I analyze diets all the time for my clients and find that they’re sorely lacking in Omega-3’s.  The average American diet (red meat, eggs, etc.) is high in Omega-6 fatty acids, and I’ve seen ratios to Omega-3’s as high as 44:1.

Fish oils provide a variety of health benefits particularly when the ratio of Omega-6’s to Omega-3’s is almost equal (1:1).  That’s why, even though Omega-3 supplementation is controversial and sometimes inconclusive, I highly recommend it to balance out that ratio.

So what can Omega-3 fish oils do?

Strong and consistent results in over 40 studies indicate that both EPA and DHA reduce triglycerides with highly reliable reductions in the range of 15-30%.

Even higher reductions seen in persons with higher baseline triglycerides.  Lowering triglycerides can improve blood flow and slow down the growth rate of atherosclerotic plaques.

Over 20 studies consistently showed that fish oil supplementation is comparable to pharmaceutical drugs like fluoxetine in majorly depressed persons. But there is insufficient evidence to support a reduction of depressive symptoms in persons with minor depression.

There is also good evidence that comparable results may exist in those with bipolar disorder, although the manic phase does not appear to be affected.

Seven studies pointed to notable decrease in symptoms of lupus of at least 30% and up to 50% in all subjects.  Oddly, benefit may come from lower doses (160mg EPA and 140mg DHA) with higher doses conferring less benefit.

Since Lupus is an autoimmune disease, fish oils may also have a positive effect with other autoimmune conditions.

A study published in Neurology in 2007 reported that a diet high in fish, omega-3 oils, fruit, and vegetables reduced dementia and Alzheimer’s risk.  Also, a landmark 2014 study by UCLA and the Buck Institute used a combination of lifestyle changes and supplements including fish oils to actually reverse Alzheimer’s memory loss.

They reduce the risk of Schizophrenia and Psychotic Disorders

In what was believed to be the first study of its kind, researchers revealed that fish oil may be effective for reducing the risk of psychosis. Published in Nature Communications, a 12-week intervention with omega-3 supplements substantially reduced the long-term risk of developing psychotic disorders.

In a 2006 article in World Neurosurgery, 250 patients who had been seen by a neurosurgeon and were found to have nonsurgical neck or back pain were asked to take a total of 1200 mg per day of omega-3 essential fatty acids found in fish oil supplements.  The results mirror other controlled studies.

Compared to ibuprofen, omega-3 EFAs demonstrate an equivalent effect in reducing arthritic pain. Omega-3 fish oil supplements appear to be a safer alternative to NSAIDs for treatment of nonsurgical neck or back pain.

They reduce the risk of some cancers

Researchers have shown that higher intakes of omega-3s from either foods or supplements might reduce the risk of cancer. It appears to be the result of their anti-inflammatory effects and potential to inhibit cell growth factors.

Results from observational studies however, have been inconsistent. They also vary vary by cancer site and other factors, including gender and genetic risk.

For example, some studies have shown associations between higher intakes and/or blood levels of omega-3s and a decreased risk of certain cancers, including breast and colorectal cancers. But cancer types and locations are less conclusive

Where does that leave us with fish oils?

As I said before, we Americans seem to not consume enough fish and too much other things that skew our essential fatty acid balance.  And, if you don’t eat fatty fish like me, supplementation may be a good thing,

Especially if you suffer from any of the above conditions.  Or any inflammation for that matter.  Which is present in all of us.

But there are fish oil nay-sayers out there.  They contend that fish oil, especially in excess, increases oxidative stress … the production of harmful free radicals … that suppress the immune system, leading to accelerated aging and risk of disease.

So are these nay-sayers right? While fish oil may increase oxidative stress in some circumstances, the majority of studies show that fish oil does just the opposite. In other words, its antioxidant activity decreases oxidative stress, which is one of the primary reasons it is associated with improved health and greater longevity.

So where am I with all this?  Well, I think you should eat some fatty fish like salmon at least three times a week.

If you’re not like me … who had a snarky run-in with smelly smoked whitefish at a tender age … that’s an easy task.  But if fish makes you run screaming out of the room, supplementation of 1 to 3 grams of good fish oils (they have to be well-made to keep down that oxidation that may cause damage) is a wise idea.

Oh … and another thing … refrigerate your fish oils once your get them. And your culinary oils too. They ALL can get rancid and … like taking the wrong supplement … can do more harm than help. 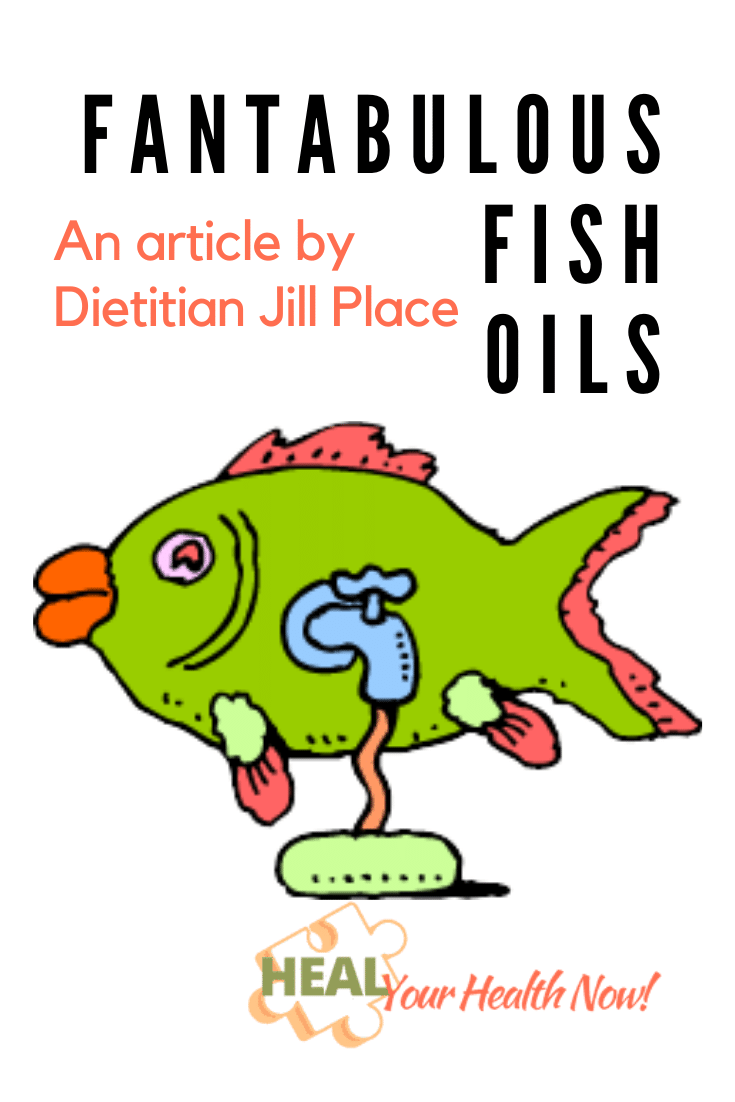