ARGH … We Have PARASITES!

I originally wrote “ARGH … We Have PARASITES!” when I first started studying about parasites as a potential missing piece for healing. Now I’m deep into treatments for it. Because most of us have them. And lately they’re part of our gut imbalance problem. Here’s my own story …

I had played in the swamps behind my house when I was a kid, and trudged home with all sorts of critters, including lizards and injured birds.  My mother thought I might be a vet when I grew up.

Later, I spent eight summers swimming in a lake, riding horses, and tromping in the wilderness at various camps.  I walk barefoot every chance I get.  And I kiss my cat on a daily basis; look at him above … he’s just too cute … would you do any different?

So I was totally intrigued when I started to study the possibility of parasites as one of the missing pieces to consider for the promotion of optimum health within all of us.  Allaboutparasites.com explains, “Parasites are listed by the World Health Organization among the 6th most harmful infectious diseases in the world today”.

According to the book Parasitology, A Global Perspective, of the 300 million children under 5 years old who die each year, half of these deaths are due to parasitic diseases coupled with malnutrition.”

25% to 90% of the world is infected with parasites to a greater or lesser degree.Click To Tweet

And it’s not just in third-world countries.  As a matter of fact, most of the experts I listened to on a recent online Parasite Summit do cleanses for these pesky invaders at least once and up to four times a year.

What Parasites Can Cause

The presence of parasites in your body can cause:

Up to 90% of the World is Infected with Parasites

So how do you know that you have a parasite problem?  Well, if you have any of the symptoms listed above, it’s a good bet.  But, considering that up to 90% of us have parasites, it’s also a good bet.

Or, as one of the presenters in that Parasite Summit that got me all stirred up to study it in the first place said, “if you have a pulse, you have a parasite”, you can’t not consider doing a cleanse on a regular basis.

After all, we deworm our pets regularly.  Why not ourselves?Click To Tweet

There ARE tests for parasites.  But those pesky critters hide within us.  I know that sounds yucky.

And let’s face facts … the whole idea of them living within us is a major yuck-fest.  Some have reported pulling out roundworms 20 inches long.  But wouldn’t you rather have them outside instead of in? Especially if they were wreaking havoc in your system?

Critter testing is best around a full moon, when they are more active.  But I especially like the GI Map from Diagnostic Laboratories, which actually tests for their DNA … not the actual bug or worm.  So you know pretty conclusively if they’re there or not.

Yet, since the prevalence is so great anyway, many experts don’t even test … they just treat.  Especially if you have a history of possible exposure like I have.  Or have one or many of the symptoms that I’ve listed above.  And … then …

What’s the Treatment for Parasites?

Well, it’s not fun.  One of the experts I heard said “bitter is better” so the concoction that I first used as a treatment had things like the herb wormwood in it … with a horribly intense mouthfeel that I never got used to.

The main treatment seems to be a blend of herbs, especially those bitter ones.  I did two two-week treatments, consuming this foul-tasting herbal blend twice a day with a rest week in between.

The first treatment, I think, just made them mad.  I had read that initial treatments, if they didn’t kill the pests, just riled them up.

The second round, however, was more effective.  And, as a great side benefit, my lifelong constipation issue seemed to resolve. As a matter of fact, I found I was stooling two or three times a day at times.

And, no, I never passed a twenty-inch roundworm. But many parasites are microscopic.  And, if you’re lucky, you’ll also pass eggs and rid your body of them altogether.

Totally grossed out yet?  Yes, it’s gross just thinking about it.  But, as I said before, I’d rather have them out than in.

Especially when they can wreak havoc in your system to such a degree that you can exhibit chronic symptoms that can be a mystery to your practitioner.  Many experts also believe that parasitic infections are one of the root causes behind autoimmune diseases such as Hashimoto’s and Lyme.

Others have postulated that “parasitic thoughts” such as learned helplessness and other negative outlooks can provide optimum environments for parasites to grow. That’s yet another manifestation of the concept that negative thinking can cause physical problems.

Where I’m at Right Now with Treatment

At this point, I’ve thoroughly researched parasite treatments. Including a substance that pulls out worms and the mucoid plaques in which they hide.  And an herb that stimulates parasites to detach from wherever they’re gripping on (if you’re not totally grossed out yet, that visualization should do the trick).

I’ve now helped lots  of clients with mystery illnesses that I couldn’t help before. As well as others with autoimmune problems that I might have eliminated if I had known about all this years ago.

I’m never done with my research.  And I’m never going to put forth new treatments until I know more about them. But I now have a solid protocol (which is individualized to each person) that’s helped many.

And  ... please ... don’t try this yourself.  It's important to begin parasite treatment slowly and treat other things ... like SIBO or candida ... or you could become even sicker than you already are.Click To Tweet

But stay tuned … I think this may be an amazing adjunct the healthy diets, functional testing, and supplement protocols that I currently use.  It’s the most exciting curative information I’ve come across in years!

First, though, I’d try a good diet. Like “The Heal Your Gut Diet” below. And the companion menu to go with it here … 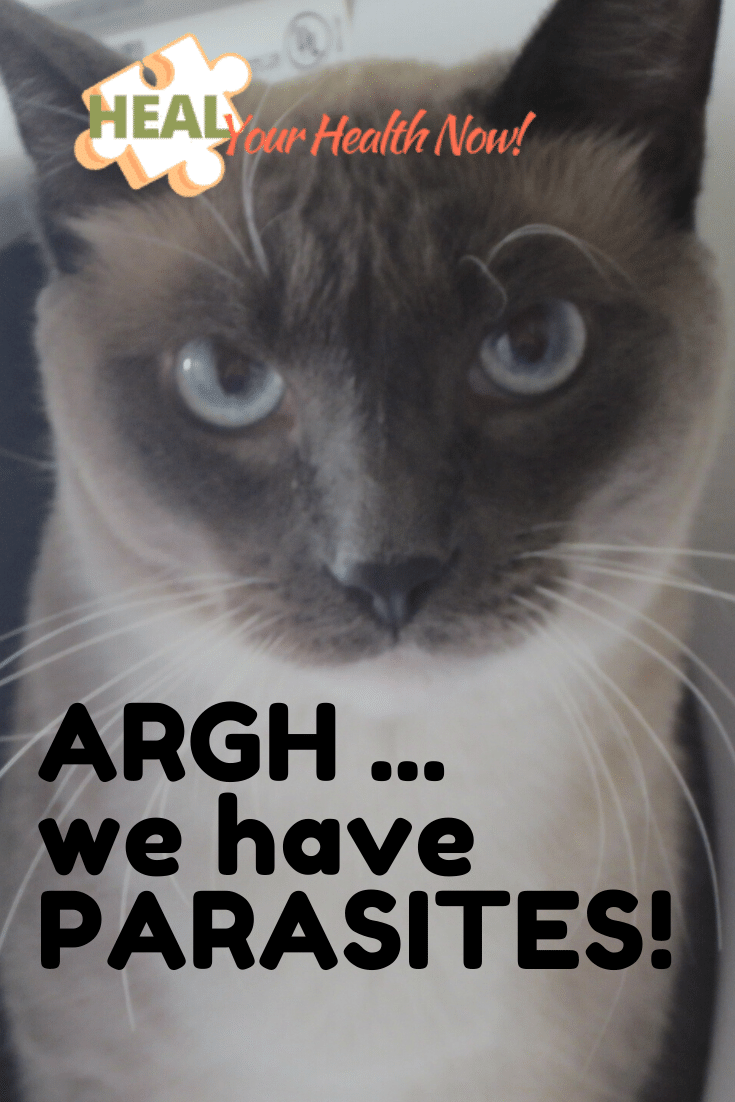