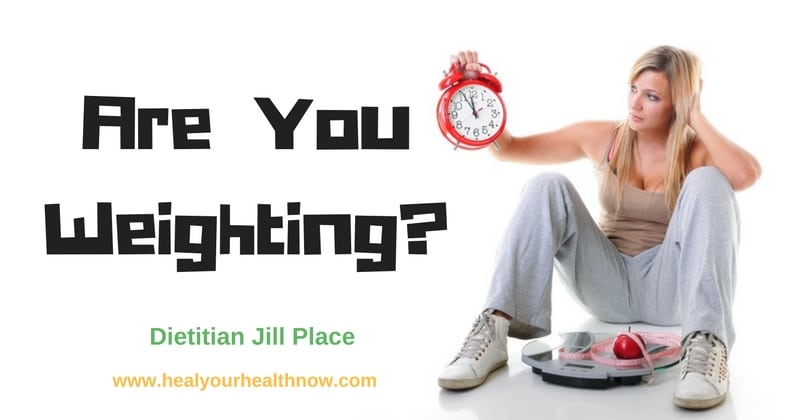 I said to a client just the other day, “If I could figure out how to make someone lose weight, I’d be a multi-millionaire”. Well, I actually do know. But you’re not going to like it. Because it takes a lot of work. But … now that that I think of it … so do diets that don’t ultimately help you lose weight. And … in the long run … there’s a lot less hair-pulling. As well as a lot less rebound weight gain. Because the word diet also has the word “die” in it.

So what DOES work? If you hate the shape your body is in, you’ve probably been asking yourself that question FOREVER! And tried every new fad that Dr. Oz has to offer. No matter how far-fetched they may seem. But if you REALLY want a change here’s what you have to do …

Give Up Diets.
Let’s explore why we came up with diets. Actually, overweight was once a desired state of the upper classes … an indication that you had lots to eat. Most people for most of history didn’t. Diets as we know them have only been around for about 150 years, when people started focusing on “healthier”, more minimally processed foods as refined sugar and flour, now available to the masses, became all the rage in the late 19th century. Early “diets” also looked like versions of Paleo or Atkins … either vegetarian or avoiding starches and sugars altogether.

We owe our obsession with calories, however, to Dr. Lulu Hunt Peters, who introduced this once solely scientific signification as a common concept in the 1920s. And forged current modern dieting beliefs with these then revolutionary ideas:

• Attributed overweight to too many calories
• Food portions on her plan consisted of 100 calories … a foreboding of Weight Watcher’s points, Diabetes exchanges, or 100-calorie snack packs?
• 60-65% of her diet was carbohydrate … which is still the current recommendation
• Included one of the first calculations of ideal body weight, a totally useless and punitive idea as no bodies are born equal
• She talked to the person instead of about the science
• And offered advice on weight-loss obstacles, like jealous husbands and sabotaging friends

The sad truth is that variations of these same ideas have perpetuated and pervaded our culture (the internet and lots of books didn’t help either) until we can’t think of any other way to lose weight. But the ACTUAL truth is that diets CAUSE food obsessions and overeating in many and eating disorders in some. Because you can’t deprive anyone of anything without some sort of backlash.
So how do you get away from this pervasive dieting mentality? By realizing it for what it really is …

• A passport to failure, compulsive overeating, more diets, and more failure
• A set of rules that don’t jive with the way we think, feel, or live
• An industry that can only survive if it hooks you into doing what it wants you do … even if it harms you physically, mentally, and spiritually
• A system that doesn’t appreciate you for you

Hey … I know that this can be terribly scary. Because you won’t be running with the pack that’s all doing diets. And it seems that there’s absolutely no support for this anywhere. Because everyone’s doing something else. That’s why it’s so important to …

Get Support.
Several of my clients that have had tremendous success in recovery from their eating disorders have sought support in many ways. They have both dietitians and therapists that specialize in disordered eating. Or, if they have other addictions, go to 12-Step or other recovery communities. And attribute their success to this support.

Changing your lifestyle, especially when you depend upon the way you eat to cope with the world, is an incredibly difficult proposition. The reality is that untangling food from its hold on you spiritually, culturally, and ritualistically can be daunting for some. And even the experts are now talking abandoning the idea of diets in favor of behavior change and reclaiming the ancient concept of cooking and preparing your own food. But before you abandon diets and get support, you have to ask yourself …

Are You Ready for Change?
I think that a lot of my client’s success has to do with their own intense desire to change. That’s one of the reasons why diets don’t work. We start them before we even know if change is possible for us. In my book, Gluten-Free in 5 Days, and in the free workbook you can get on my healyourhealthnow.com blog page, I give you a way to find out if you’re ready for change. Of course, it’s the Gluten-Free version … but the process is the same for every type of change … whether you’re losing weight or starting any life path. I’ll publish the weight loss version in a later blog. But for now, you might consider if you ARE ready to change the way you live your life. Because that’s the most important part of the puzzle. Also consider …

Leave Your Comments About Are You Weighting? Below

What have you done to try to lose weight? Has it worked for you? What obstacles have come up on your weight loss journey? Are you really ready to change your whole life to change your body?