4 Exercises to Reconnect with Your Body

I’m in love with this guy named Jerzy Grotowski.  Haven’t heard of him?  I’m not surprised. But he gifted me with exercises to reconnect with my body in a profound way.

Reconnecting with My Body through Acting

I wouldn’t have known about him either except that, in the 1970’s, I was working in a children’s theatre. And the director proudly announced that we were going to spend the summer studying with a guy who had spent awhile working with this obscure Polish director.

Evidently Grotowski had developed a whole new way to train actors.  Looking back, I realize that it was also a way to train a life too.

I had spent five years previously training with Lee Strasberg in a similar way, but found it limiting.  Much of my acting training was about finding impulse through movement.

Tapping into impulse is the single greatest attribute of a performer; you can’t be real unless you know how.  And the Grotowski work that we did that summer pushed me into a whole new level with finding this expressive impulse.

So what does this all have to do with exercising?  Well …

I believe that there’s a HUGE disconnect between the 20-year-olds with rock-hard abs that often teach exercise classes and are featured on videos. And an average Joe or Jill (pun intended) that would just like to get and stay fit.Click To Tweet

My personal trainer boyfriend, Richie, could not stop moving; he often swung on the ring set he put up for me in my kitchen door while I was cooking.  He was a former Olympic gymnast and is probably still moving. I, on the other hand, haven’t exercised in earnest for 15 years.

You Can’t Begin with the Exercise End in Mind

Most exercise regimes touted by infomercials and tight-butted gurus are very much like the dieting process.  We seem to want to aspire to the end result before we deal with the part of us that’s unsure or downright resistant to doing the behavior.

I’ve never been super gung-ho about loving exercise, even when I was doing it religiously.  I love my Qigong practice, but still glance at the clock sometimes to see when it’ll be over.

I’ve always told everyone I wasn’t physical.  And half-listened when one of my acting students, who was also a personal trainer, told me that I was the most physical person he knew.

I still don’t get what he said; I’m working on that.  But Richie, with no doubt in sight, could still do giants (where he flipped around 360 degrees several times) on the high bar in his 50s.

Bridging the Gap between Wanting and Actually Doing

So my quest has been to bridge the gap between wanting to exercise and actually doing it; enjoying it wouldn’t hurt either. Dieting has the non-diet movement, which isn’t a total answer to our obesity epidemic, but is a huge step in the right direction.

I haven’t seen an exercise equivalent, though.  Even Richie used to laugh at those little 20-year-old tight-butted teachers on TV.  My big question is …

how do you take a gal like me or, even worse, someone who’s very overweight, and maybe has breathing issues as well as limited mobility, and get them movin’?Click To Tweet

Here’s what I propose … reconnect with your body … which can be a tall order.  I really think we do ourselves a physical disservice when we become socialized.

I remember riding bikes, roller skating, swimming, and even climbing trees when I was a kid.  Me, who wasn’t “physical”.  I lost that somewhere.

Perhaps years of sitting at a desk.  And also, since I was always slightly plump, shamed when I wasn’t picked for teams.  And wasn’t competitive so I didn’t feel the need to play sports … I wasn’t good at them anyway.

The closest I got was showing horses … but I never won at that either. My free-spirited steed kept backing into fences.

Shame and Scorn Around Moving my Body

So … here I am … 73 years old with a vast history of shame and scorn around moving my body.  Which always seems to overshadow all the good experiences I once had.

So what am I going to do?  Well, before each workout, I’m going to do the Rock (n’ Crawl) ‘n Roll I talked about in my last article; if you haven’t read it, go here.

And then I’m going to do the following … adapted right out of Jerzy Grotowski.  This exercise really connects you with your body if you do it every day.

I like to move standing for more variety, but you can also do this in a chair ala Lee Strasberg.  Let’s face it … you have a move to understand your relationship with your physical self.  And you have to do it every day to combat all that shame and scorn you’ve heaped upon yourself over the years.

So, after the first round of exercises from the previous article, just start moving your head around every which way … move it in a way that makes it feel good.  Or that you’re compelled to do.

Then … whenever you feel the impulse … move any part of your body that wants to move in any way it wants.  Your fists might want to punch … your legs to kick … but don’t restrict your movement to your extremities.

Work on moving your hips and torso too.  And also know that your body can move up and down in space; experiment with stretching it high, scrunching down, and working close to or on the floor.  When you feel the need to move one part waning, search for the impulse to move another part … but just keep moving.

At some point, you might also want to try toning.  Grotowski said something like one of the greatest problems we have is that the voice is divorced from the body.  I agree.

So all you have to is breathe in, and then breathe out with a sound until you expend your breath with it, and then breathe in again and continue the cycle.  Don’t worry if you can’t make a huge sound right away … or if your voice cracks … anything will do in the beginning.

Practice the toning separate from the movement to start, and then combine it with the movement, using the toning as another way to root out tension as well as unearthing some deeply-entrenched feelings.  Many people have cried when they tried it for the first time.

So there you have it.  Do both the Rock (n’ Crawl) ‘n Roll, what Grotowski called “The River” (because it’s constantly flowing), and Toning for five to ten minutes before each workout.

The Best Warm-Up I Know

You’re supposed to warm up anyway … this is the best warm-up I know.  And, like the acting exercises I used to do with my students, there’s no explanation for these except to tell you the procedure for doing them … the rest of it you have to trust and just practice.

Like any movement discipline, the benefit will come to you in the eventual joy of doing. 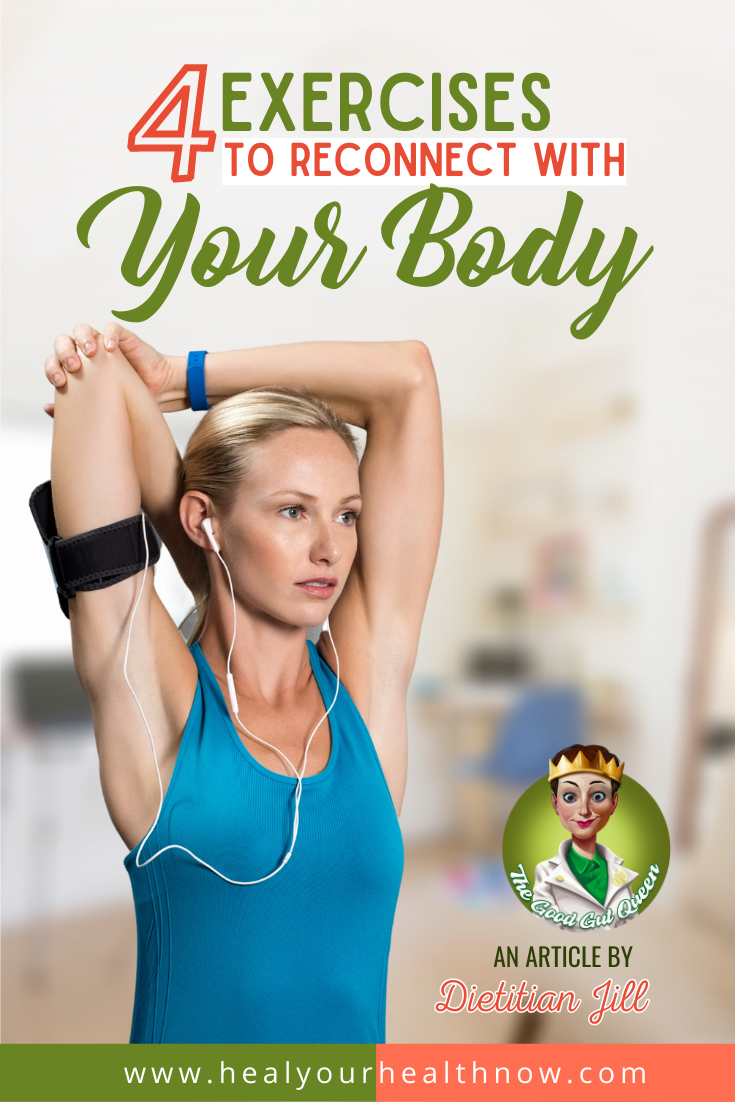