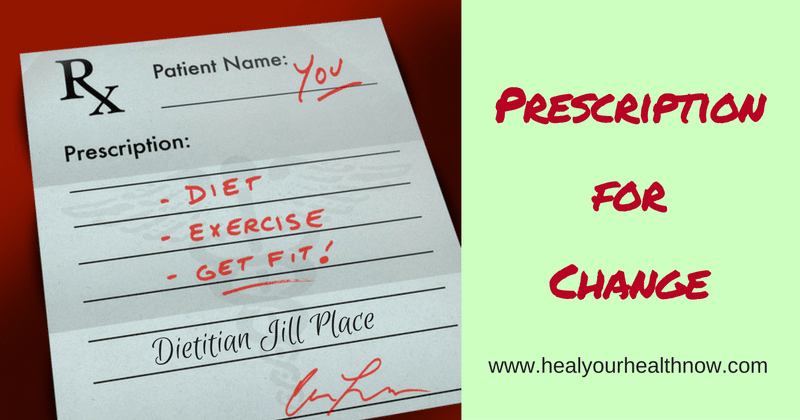 Magnificent Medicine for an Immovable Malady

After over twenty years of counseling people … and a whole lifetime of giving advice as people seem to tell me all their problems … I’ve come to the conclusion that the formula for change is easy. But the execution is often hard.

I can’t tell you how many times I’ve heard the same story, “I want to lose weight … get over my eating disorder … feel better … get my health problem under control … “ Then I hear, “I’m lazy … Give me a diet … I can’t stop throwing up … I can’t give up wheat … I’M GOING TO IN-AND-OUT!”

How do you leave this seemingly circular, (actually the path IS circular but also downwardly spiraling so that it gets harder and harder to dig yourself out of your self-made hole) exhausting pathway? How do you get well when everything around you … the diet industry, the slimness standard, the medical model of treating symptoms instead of causes … is telling you exactly the opposite? All this misinformation just leaves you stuck, miserable, and … if you’re not already sick in your body … are definitely sick in your soul.

Here’s the only way I’ve found … after years of working in the trenches with clients … that works like medicine should … taking away the pain of the affliction without the side effects … but, as I’ve said before, it’s not an easy path. This is what you have to do … no skipping steps … this is it …

Own your Story … Much of my work with clients is about finding out their story around why they have this behavior in the first place. Much of the time this is a decision we’ve made as a child. Here are some of my client’s actual stories … and even though I treat a lot of different issues, I’m going to focus on “weighty” ones here …

1. The little girl who was cautioned not to eat too much of certain foods. Then her mother went to work and she developed her own “good-bad” food rules as a substitute for mom not being there. Now, this client … in her 50’s … has found that she’s angry … so we’ll see how this story plays out …

2. The little boy who ate because both his parents worked. He would buy a pound of spaghetti and a jar of sauce, cook it up, and eat it all before they got home. He put the spaghetti wrapper in the jar and put it in a crack in the basement wall. Then there was a fire and his parents found all the jars. The shame of that incident ballooned him to over 400 pounds by the time we met.

3. The little girl who grew up with a mother and father who were concerned with her chubby, developing body. Both parents had bought into the idea that a little girl should look a certain way. As a result, they criticized everything she ate. The girl hit puberty and began to worry about her size; she also found that her friends were fed the same line about their bodies not being enough. As a result, she started dieting, binging and purging (restricting [other ritualistic eating behaviors]) with them.

How do you find out your own story? The fast way is to work with a therapist or counselor who knows how to point it out to you. Another way is to read and do all the exercises in Debbie Ford’s book, The Secret of the Shadow. However you do it, you can’t move into the next step until you begin to get a handle on why you do things the way you do.

Do Daily Practice You can’t change at ALL without doing something about what you desire to change. And it needs to happen EVERY DAY … no exceptions! Why? Because you’ve forged a neural network based upon your old story-behaviors … the ones that don’t serve you. And if you’ve had years of dealing with food in a certain way, it takes a lot of practice and fortitude to do something different. And building new neural networks that actually suit what you want to accomplish.

For example, one of my bulimic women worked very hard not to practice her binge-purge behaviors. She found other alternatives in the evening when she mostly practiced them, such as going to 12-Step meetings, structuring her eating with foods and portions that she found comfortable (eating too much could trigger old behaviors), and eventually trying new foods in a safe, sane way. In other words, her NEW daily practice was based upon her story. It also helped that part of her practice was being mindful when she ate, visualizing her eating disorder self, which she named, and creatively combatting it as a Jerk-Monster or Pain-Body.

In other words, her daily practice was DIRECTLY focused upon changing old behaviors. I DO love self-help books … I read them all the time. But unless their practices are totally geared toward changing those old unwanted behaviors unique to you, they’re almost useless. Again, it might take a skilled professional to unravel your story and knit together a plan that works just for you.

Take Change-Action Sometimes the action, as in my example above, happens at the same time as the daily practice. But a lot of the time the practice has to happen before anything can change. In other words, I do believe after over 20 years of working with clients that CHANGE DOESN’T HAPPEN OVERNIGHT … IT’S USUALLY AN OFTEN LENGTHY PROCESS OF DISCOVERING YOUR STORY AND THEN PEELING BACK AND HEALING THE LAYERS WITH DAILY PRACTICE SO THAT NEW BEHAVIORS CAN PERMANENTLY EMERGE.

Hey, many of my “weighty” clients don’t continue. I expect it. Because most of them a) think that everything is a quick-fix, in self-denial over the fact that quick fixes don’t work and b) buy into the impossible concept of slimness and diets as the answer to all their ills. It DOES take some bravery and much effort to combat all the messages we’re fed. And to hunker down to effect permanent change.

And sometimes this change takes a long time. One of my clients took eight YEARS to change. Eight years of identifying his story and working on his behaviors. Yes, that’s a long time. But that’s how long it took for him. One day, he came in with a specific food plan. And stuck to it. And eventually ran a marathon even though he was plagued early with asthma … not a good indicator for later extreme exertion. He lost 80 pounds because he didn’t want his children to have a fat father. And is slim and active until this day.

CAN you change? Yes! But it DOES take effort. And not buying into the status quo. It CAN be painful at first. But in the long run the change is permanent. And who wouldn’t want that?

Leave Your Comments About Prescription for Change Below

What have you done to change for the better? Has it worked for you? What’s your story around your weight? Your life?