An Epidemic of Fat Bias 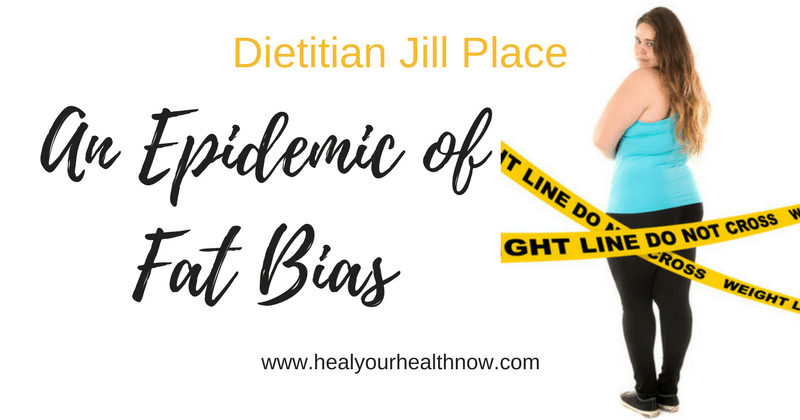 I absolutely love HBO’s Bill Maher … my Friday evening antidote to the craziness in our country right now.  But my admiration for him cooled by several degrees when he had Tim Gunn of Project Runway as a guest this week.  Maher lambasted K-mart for labeling large sizes “Fabulous” and, even though he called obesity a “health crisis”, said “People say ‘Why can’t you make me look good’ …because you’re FAT”.   All of a sudden, his fat jokes leveled at Donald Trump didn’t seem so funny anymore.

Gunn, on the other hand, became my hero that night.  He argued, “We can’t fix it all simultaneously … there are so few options for large people”.  And disagreed with Maher’s fat pot-shots.  Evidently, Project Runway features models of all shapes and sizes this year.  He called diminutive body sizes and shapes most lauded in our society “unattainable for most women in this nation”

He also went on to blame the fashion industry for fat-shaming.  “I believe that the fashion industry is complicit with the media in general about how we portray the ideal of beauty.  My belief is we need to show much more diversity in size and shape and show … forgive the term … that ‘Big is Beautiful’”.

Wow … and all this from a fashion maven.  Can fat-thought be changing?  Literally not so fast … as a recent New York Times article entitled “Fat Bias Starts Early and Takes a Serious Toll” shows us.  The article explained that “weight-based bias, which is often accompanied by overt discrimination and bullying, can date back to childhood, sometimes as early as age 3” and is as prevalent as racial bias in adults.

A study in the Journal of Applied Developmental Psychology entitled “Thin is good, fat is bad:  How early does it begin?” showed that “the cultural stereotype of ‘fat is bad’ was pervasive across gender regardless of the child’s body build … overweight preschoolers demonstrated stronger stigmatism that those who were not overweight” and counseled that efforts to counteract this stigma should occur very early on in a child’s development.

Where do these thoughts come from?  Well, according to the Times article, Dr. Ashley Skinner, in one research study, explained that weight bias comes from children’s families in general and from society globally, which continues to laud ultra-slimness and blames people for being fat.  Dr. Skinner said, “It’s pretty common for parents to comment on their own weight issues and tell their children they shouldn’t be eating certain foods or remark about how much weight they’re gaining.”

The Times article also went on to say that …

Weight bias is widespread in society, occurring in employment, education, the media, health care, and even in relationships with family members, parents, and teachers, according to Dr. Scott Kahan, director of the National Center for Weight and Wellness in Washington D.C.

“Obesity has been called the last socially acceptable form of prejudice, and persons with obesity are considered acceptable targets of stigma” … weight bias “occurs even in people who are otherwise fair-minded and non-judgmental, even in obesity specialists who may not realize that it predisposes to unhealthier behavior and more weight gain”.

So true … people who perceive themselves as stigmatized about their weight are much more likely to be depressed, stressed, have poor self-images, and experience further weight gain.  In other words, if the plates are stacked high against you, you’re much more likely to give up on your weight … and yourself … altogether.

So … what’s a girl to do?  Well, we COULD make a concerted effort to educate young children about ideas such as Health at Every Size.  But that would take a concerted effort with parents, who are not always aware that they are imparting this bias to their children.  And it’s interesting to note that other studies have shown that overweight-fit people are just as healthy and less prone to degenerative diseases as normal-weight ones.  And that, as Tim Gunn said, we come in all shapes and sizes and they’re all “beautiful”.

Another thing we all can do is to band together to promote positive body image such as in the Body Image Movement of Taryn Brumfitt.  But, in reality, the buck stops with us.  And the way we feel about ourselves.  We need to focus much more upon who we ARE than on how we LOOK.

When I grew up, we women were told that our worth totally rested in our looks.   As Ann Wilson Schaef said, “Women not only think they are wrong, they think they ARE a wrong”.  Fortunately, I came of age at the same time as feminism … I often said that I was born a feminist.  But, even with all that positive re-scripting plus lots of support from my fellow females, what I learned as a small child still weighs heavily upon me.

So … ladies … we need to tell our children that they are good enough just as they are.  And we need to tell ourselves so as well.  Because no one’s going to do it for us, and perhaps if we could just convince ourselves that all this focus on ultra-slimness is hooey and that we’re spectacular just as we are, we’d be a lot happier and healthier in body, mind, and spirit.  Banding together with like-minded women wouldn’t hurt either.

Leave Your Comments About An Epidemic of Fat Bias Below 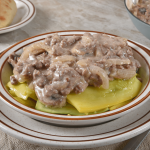