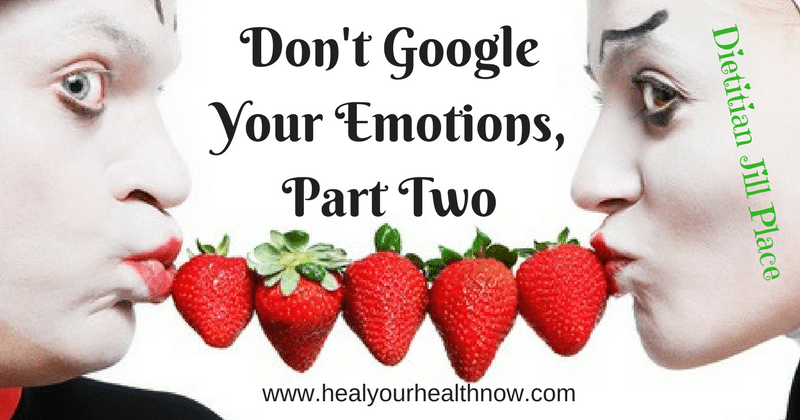 Acting Taught Me Everything about Life as I Now Know It

I grew up a total carp that leapt from the bathtub. When I was small, my parents would dump me at my Aunt Jessie’s in the Bronx and go to some “Dirty Dancing”-type hotel in the Catskills for the weekend. Jessie was my favorite aunt, and the person who first taught me the joy of cooking. A former chef, I never make Jewish food because I could never make it as good as Jessie’s. She made everything from scratch. She even bought live carp which swam in the tub until she made totally fresh gefilte fish from it. I was the one that got away.

Because I was deeply … and secretly … in love with acting. But I didn’t tell anybody … that kind of loud, ebullient behavior was not allowed in my house. Or in Aunt Jessie’s either. I felt like that carp out of that bathtub with nowhere to swim.

So I applied to the furthest school I could that had a super theatre program … UCLA. But I didn’t jump very far at first … I listed my major as English. Then quietly changed it my sophomore year to Theatre and didn’t tell my parents until much later. Afterwards, they grimaced when people asked me my major. I honestly did feel less out of water. But the best belonging was yet to come.

Even though I had studied with some famous teachers and co-starred off-Broadway, I was afraid … I didn’t understand how to turn passion into action. So I retreated back into the bathtub, got married, taught school … and tried to run with the school.

But I was driven to sing again (I had coaxed my mother into lessons when I was only 8 and my singing was subsequently good enough to get cast in two off-Broadway musicals). My singing teacher had started classes at the newly-opened Lee Strasberg Theatre Institute. So I soon followed … and three months later I was on work-study and very involved with my teacher, Walter Lott, who became my friend, guru, colleague, and the most influential man in my life to date. That’s when things really rocketed.

In Strasberg’s Method, you use yourself and your own emotions to create character. And you also learn how to relax so those emotions can flow. I spent ten years working with my body so that impulse and expression were on the tip of my tongue and toe. I call it, “restructuring your emotional apparatus”. I did great at screaming, crying, and crazy.

And … amazingly … was applauded and sought after for it. The carp had finally swum the right way. The fish out of water finally belonged somewhere. I also learned improvisation as an original Groundling … now a famous comedy troupe. And deepened my skills even further with a very obscure (still is and I now teach it) training.

I didn’t become famous if you’re wondering. But I got so many valuable life lessons from acting that I treasure to this day. And here are some of them …

A Respect and Love for Emotion

Yes, I do understand that ranting and raving … crying and cloying … isn’t acceptable in public. But through all those years of exhibiting them on cue I learned how valuable they can be not only for acting but for mental health.

First, most people who have eating issues are often described as “stuffing their feelings with food”. Or, with anorexics, restricting food is a way to restrict feelings. But when you can express emotions truly and feel good about doing so, there’s no way to stuff or restrict them. As a matter of fact, in my wonderful open-kitchen house, I sit with people and food and provide a safe place for them to experience their emotions so they seem less scary and overwhelming.

Everyone has a right to their feelings … you do too … and understanding that is a revelation and a healing. The more you love and honor them, the more you can be at peace with yourself. And you don’t even need to act.

A Way to Stay in the Moment

In order for the audience to believe that all that rehearsal and line-learning is happening spontaneously, you have to react as if it’s actually occurring in the now. In acting, we call that “in the moment”. The more you train and work on your craft, the more this happens naturally.

I can’t tell you how many of my clients share with me that they’d like to tell others how they feel but they’re scared and, quite frankly, don’t know how. They’re trapped in that non-feeling, socially acceptable way of relating. So we do a lot of role playing, which I’ll talk about in the next article, before they can say exactly what they want calmly without past baggage or future regret. Learning how to do that is an awfully powerful life skill.

A Way to Balance Voice and Body

My obscure teacher, Jerzy Grotowski, said “the most elementary fault, and that in most need of correction, is the overstraining of the voice because one forgets to speak with the body.” But this imbalance of voice and body is not only a malady of actors, who must use both to the fullest to do their job. When I trained, and later coached, clearing either vocal or physical blocks to expression … or both … was my main task.

So I do toning and modified Grotowski movement with my clients. They’re the absolute best way I know to join the voice and body so that they can work as one entity. And promote a natural flow of energy and emotions so nothing gets stuffed or sublimated.

I’ve always believed that actors in all their heightened emotional and physical freedom evoked the gods in early dance circles for the whole tribe. And that we all have a right to this freedom … as a matter of fact, it may be an important facet in developing total wellness.

It’s not always an easy thing to do. When I trained, I felt pins and needle down my arms. Later, I realized that my body wasn’t used to this free-flow of emotions and energy, and was saying “Whoa!”. But frequent training made that extraordinary act ordinary.

Perhaps that’s why, in my 70’s, I can still put my palms on the floor and move as rapidly as anyone. I also cry at sappy movies and revel in the fact that I’m so in touch with my emotions that I don’t have to stuff or sublimate anything. I also feel blessed that everything I learned from acting is super-helpful in my counseling. Teaching my clients to accept their emotions and their bodies, reconnect with themselves, and allow their own intensities can only lead to successful outcomes. In order to cure it, we first have to experience it.

Leave Your Comments About Don’t Google your Emotions, Part Two Below

Are you in touch with your emotions? If you are, are you OK with them? Do you feel that you can speak your mind? Or are you too scared or anxious to do so?