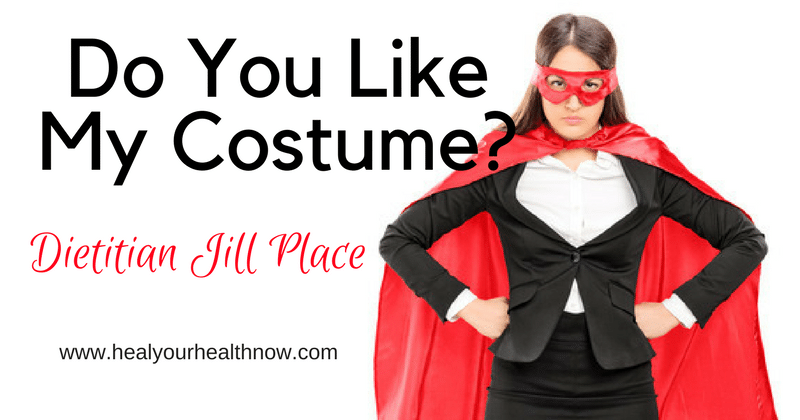 Hiding and Stressing about Your Weight Just Makes You Fatter

Years ago, as a young actress, I attended a Pulitzer prize-winning play called No Place to be Somebody.  And later got to know the author, Chuck Gordone, through my wonderful coach, mentor, and friend, Walter Lott.  Chuck thought that Walter and I were dating … in those days, an upwardly-mobile African-American man dating a white woman was a coup for him … Gordone’s was also blonde (Walter and I had a huge chuckle over the whole thing afterwards). At the end of the play, billed as a black-black comedy, a character drapes a black cloth around him and says “Do You Like My Costume?”

Obviously, that line meant something entirely different in the play.  But I’ve been dwelling on it lately and thinking … do we pull our fat around us like a costume as actors do so that we can be someone else?  Do we use it for protection?  To hide our true selves from others?  And, ultimately, ourselves?

I can’t you how many people I’ve met who were abused and use their weight like an overcoat not only for protection but to hide from the truth.  I remember one young man when I worked in the addiction community.  He was being groomed by one of the founders of Narcotics Anonymous to be a case worker.  And Bob, the founder, was increasingly concerned about the way the young man used food as a substitute for alcohol and drugs.  Many addicts substitute food or other addictions for their substance abuse when they stop using.  That’s one of the reasons I was working in rehab with those particular individuals to help them throw off yet another possible addiction that didn’t serve them.

One day in group, the young man bravely shared that he had been abused as a child by an important man that he held in high esteem.  The admonition seemed to work like a way to throw off his overcoat of weight along with the shame of what had happened to him.  He ultimately lost 40 pounds, is slim to this day, and runs a treatment center in Las Vegas.  Our friend, Bob, has since passed away but would be ultimately proud of him I’m sure.

Now I’m not saying that everyone who is overweight has been abused … far from it.  But I am saying that many hide from the world in a costume of fat.  And it’s kind of an interesting oxymoron that, when we’re larger, we’re actually more invisible to the rest of society.  Because we’re not in the body we were meant to be in.  When you’re in that body, you show up as yourself.  Otherwise, you’re just compensating … hoping “someday” and constantly fretting about your weight to the exclusion of other thoughts that might shine a spotlight upon better, happier ways to live.

Many of us fret about our size, and hate ourselves for it in secret.  I remember an old Noel Coward lyric (when I acted, I did a lot of musicals) that went … “She got in a state about weight, and her colon she constantly sluiced, and reduced, and reduced, and reduced … and at an alarming rate put ON weight”.  I know Coward was just poking fun, but was he wrote was absolutely true.  If you focus negatively upon your weight and beat yourself up about it, how are you to rid yourself of it?

Manifesting teaches us that “thoughts become things” … if you focus upon how you hate your bigness you’ll be sure to get bigger.  On the other hand, if you can visualize yourself as getting lighter … exercising and eating healthy … and being joyful about the process, you will have a better time of it.  But most people fall into the former category … focusing upon how they hate their weight and how they can get rid of it.   Is it any wonder that it “hangs” around?

Not only that, dieting, which is our fall-back solution to hating our weight, has been studied up the wazoo as something that causes stress.  And stress can make you eat more to squelch anxiety, make you happy, provide comfort, and generally calm you down.  Scientific research has shown that stress is a significant factor in obesity as the hypothalamus, an area in the brain, produces a substance that increases fatty mass.

The hypothalamus also controls hunger like a computer program or phone app running in the background, Hunger is therefore less a physiological response than a state of mind.  As Michael Graziano wrote in the article, The Hunger Mood, “it alters our decisions. It warps our priorities and our emotional investment in long-term goals. It even changes our sensory perceptions – often quite profoundly.”

So how do you shed your costume?  I have one of about 50 pounds.  I’ve tried everything.  But lately I’ve been noticing that this is less about hiding for me now (it used to be) than about habit.  A hunger habit. It’s the missing piece in a long line of mis-tries and almost-got-its.  It’s so important that my next article is going to be entitled “Weight is a State of Mind”.

But I also think that coming out of my cocoon is of vital importance.  I’m so used to hiding in, like the character in the play, a black costume.  Most of my clothes are black and I wear mostly (black) long sleeves.  As well as a (black) long diaphanous duster; I found them at my favorite store last year and bought three of them.  So I think it’s time for brighter colors and shorter sleeves.  Shedding my costume might be one of the psychological triggers to also shed my weight.

I went to a drum circle last Saturday and had a vision quest of me climbing a tree and then flying from it, alighting on the tree when I needed to rest, and then kicking off again to the sky.  I’ve never had a dream or a vision of flying before in all my 72 years.  But I’ve been closing my eyes and visualizing it all week.  Giggling was also involved, and I’m not a giggler.  So maybe next time I’ll picture myself throwing off my black clothes and sporting a … Wonder Woman suit?  You never know.

Leave Your Comments About Do You Like My Costume? Below

Do you hide yourself in clothes that don’t make you happy?  Do you feel you’re hiding in a costume of fat?  What are you hiding from? What won’t you tell anyone, including yourself?