66% … Do Masks and Quarantines Actually Work?

66% … that’s the number of New Yorkers hospitalized with COVID-19 who actually quarantined themselves.  That statistic has been a bee in my proverbial bonnet for weeks! Made me wonder if masks and quarantines actually work.

And why are we REALLY doing all this? I could throw out statistics … but I’m sure you’ve already seen them. Most vulnerable … older people, people with pre-existing conditions such as diabetes, heart disease, and respiratory problems …

And obese individuals (a sevenfold higher risk in one group than in patients with a BMI less than 25). And the need for ventilation was significantly linked with both male sex and BMI … independent of age, diabetes, and hypertension.

Makes you wonder … huh? I’m noticing that my Paleo flour … and even bread yeast … is missing from shelves (I had to order some at great expense on Amazon). Are people going Paleo? Or baking more? One would hope … but …

With all this free time, I’m doing stuff I haven’t done in years. Like framing my old Playbills (I have many, but the one that my name was actually in perished in a flood in my garage years ago … along with a photo of me and my mentor, Lee Strasberg).

So the other day I tooled into Target to pick up bargain-basement frames for them. And found a guy at the pick-up counter arguing with the girl over the fact that he “left my mask in the car.” Fortunately, she stuck to her guns and wouldn’t let him in the store.

And just yesterday … I stopped for money at the ATM and TWO guys on either side of me weren’t wearing masks either. I ended up being “The Mask Police” and telling them they had to. And was sorry I didn’t have Sani-Wipes at that moment.

Yesterday when I was filling up my gas tank at 7/11, something caught my attention …

I mean, it really stopped me in my tracks … Standing under the shade of the double door entrance I saw an older couple …

Naturally, my gaze fell upon the older woman next to him. Her face mask was also pulled down … and she took one last, long drag off her cigarette before flicking it on the sidewalk …

I got back in my car and started the engine… and in my rear view mirror … I caught one last glance at the couple pulling their masks back over their nose and mouth.

The Down and Dirty about Masks

Yes … we’ve been told to wear them. And yes … I wear them to protect not only myself but my patients when I’m working … but also everyone else I connect with.

But today a colleague commented on Nancy Pelosi and her use of  designer scarf as a mask during her press conference today … “Virus go through her scarf like mosquitos through a chain link fence. Clearly they’re feeding us a load of BS about the needs for everybody to wear face masks”.

And … clearly … a lot of people are not using them correctly like the couple above. Let alone not getting the message that you need to protect your health in other ways … perhaps ditching the sugar and cigarettes might help.

But more on that next week as … with all the research I’d like to cite (I’ll make it simple to understand … I promise) … this is rounding up to be a two-parter.

And … talking about research … they did some at University of New South Wales a couple of years ago and found that respiratory infection is much higher among healthcare workers wearing cloth masks compared to medical masks.

The penetration of cloth masks by particles was almost 97% compared to medical masks with 44%, the study said. Sorry, Nancy.

The research also doesn’t support wearing masks for any viral condition. Not to mention that the N95 mask … in one study … was found to cause headaches in a third of wearers.  Even worse … it can lower blood oxygenation as much as 20%, which can lead to a loss of consciousness.

One person wearing an N95 mask passed out, crashed his car and sustained injuries. Another … jogging in China … suffered a collapsed lung while wearing a mask.

Masks … healthy or not? The consensus appears that they’re not for healthy individuals. And … the bottom line is that less and less am I seeing everyone wearing them. Or wearing them correctly. Or doing other things to keep themselves healthy.

An article just today in Reuters Science News said that  there’s no spike in Coronavirus (as yet) in those places in the U.S. that are reopening. Yet the Bloomberg Letter also today said that 108 million people in China are being plunged back under lockdown conditions due to new outbreaks.

And I still am puzzled by the fact that 66% of people hospitalized in New York were under lockdown to begin with.  That’s a HUGE, significant number. And it makes me wonder … finally … if keeping people quarantined really helps.

We need to look at the demographic also. Most of these people were older people of color. And it seems overall in this country that the poor (which is true of almost every quarantine since the socialization of man) are more likely to be infected.

Stat.com had a unique take on this whole thing … and thinks that quarantines should be unnecessary. And counsels that …

Two complementary efforts can make that happen: providing credible information the public can trust; and making it possible for people to comply with disease-avoidance recommendations without excessive personal or financial cost …

[Otherwise it] looks a lot like blaming the victim: punishing people for getting sick or treating people like criminals, not patients. That makes the target of disease-control efforts a person — instead of a pathogen.

But when individuals are viewed as potential threats to public health, they may feel unfairly attacked and stigmatized. And if people doubt what the government says, they may decline to follow even sensible recommendations.

Here is a very interesting take on another pandemic … Cholera in the 1800s.

Dr Katrina Navickas, a historian … at the University of Hertfordshire, says … ‘People didn’t trust the doctors, they didn’t trust the government, and they were wound up by body snatching stories in the press. On top of this, Mary Shelley’s Frankenstein was a popular novel at the time, so there was a lot of gothic imagery around bodies and corpses.’

A lack of knowledge about the disease may have exacerbated the frantic atmosphere. … ‘They weren’t sure how cholera spread, they were just really scared and that’s partly why there were riots. People wanted the certainty of expert knowledge but they just didn’t have it then,’ says Navickas.

In some ways, I don’t blame the guys at the ATM. Or the couple at 7/11. In my opinion … and that of the experts above … we’re not getting the proper information about what will make a difference for us in these troubled times.

Yes, we need to focus on prevention. But I think it's clear that the prevention we have seems iffy. And somewhat dangerous ... not only to people but definitely to the economy.Click To Tweet

In a recent New York Times article, yet another expert explained … “According to historians, pandemics typically have two types of endings: the medical, which occurs when the incidence and death rates plummet, and the social, when the epidemic of fear about the disease wanes”.

Both seem to be happening right now. But

we're missing the opportunity to affect huge change in our current lifestyles by not focusing on prevention and immune support.Click To Tweet

So many experts, including the Surgeon General, have counseled that that’s the way to go.

Autoimmune Disease ... a weakening of the immune system ... is the number one health problem today. And is not being addressed.Click To Tweet Case in point … the couple at the 7/11.

People are tired … have we missed the moment? I’m tired of my mask smearing my lipstick myself.

But I’m wearing it. And practicing social distancing. And using my homemade essential oil alcohol-requirement sanitizer.

But I’m also taking my immune support supplements every day. And following an immune-boosting diet.

And gloriously cooking Paleo food (I don’t even miss eating out!). Check out my latest recipe here (and the others on my website). So …

NEXT WEEK: we’ll talk about ways to support immunity 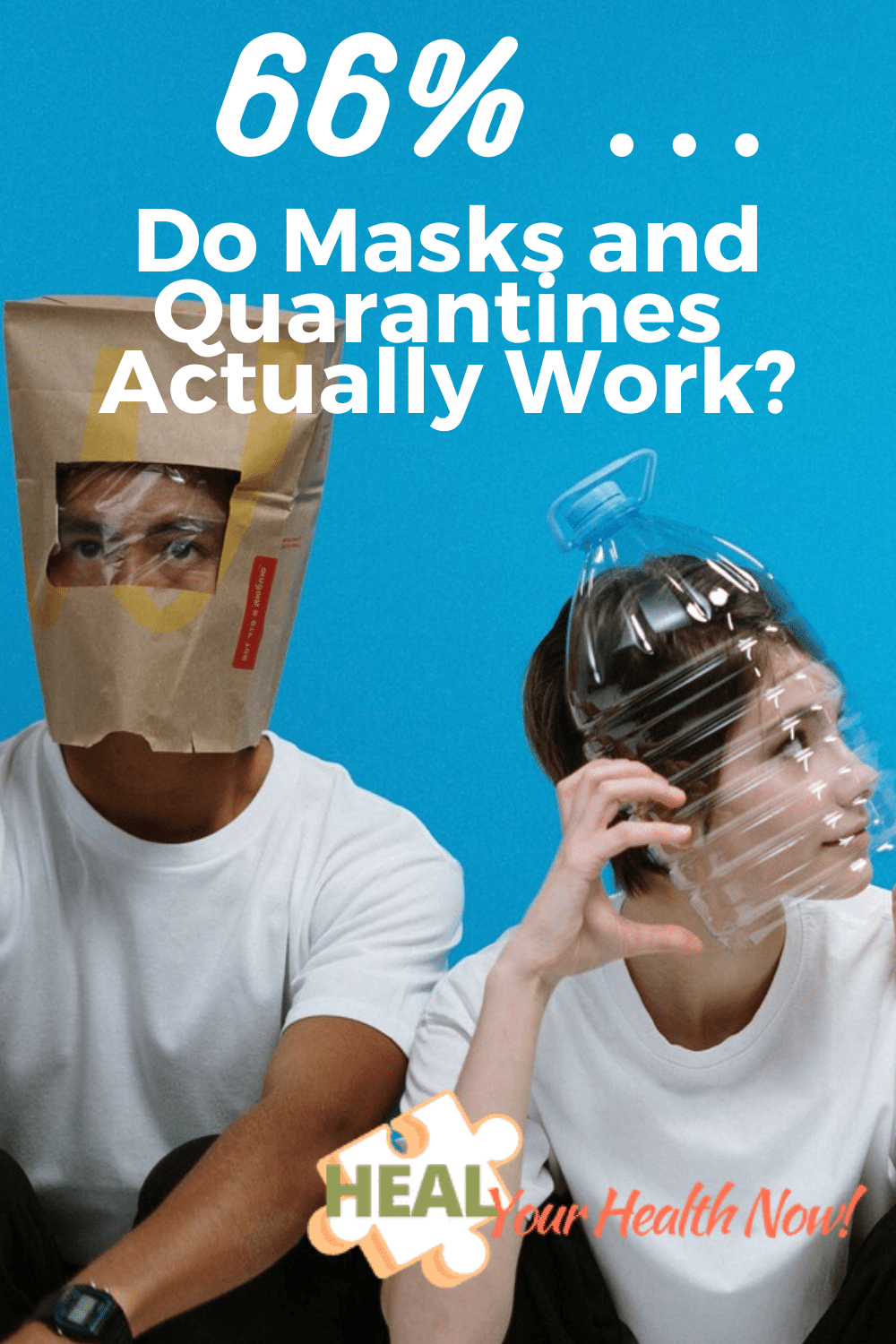