Because that was the theory. And this is the how-to. So start with that.

Let me first tell you a little story. I had a client once who wanted to lose weight. I’d describe him initially in quiz terms as “Thawing” … open to change but didn’t want to start yet.

He didn’t want to start FOR EIGHT YEARS! Actually … that’s not true. I think … through continual behavior modification and tools like mindfulness and guided imagery … he began to get ready slooowly for change.

Then he came into session one day and announced that he was going to follow a high protein low carb diet (his choice). And give up some foods that he previously said he “couldn’t do without”.

I wasn’t surprised. He spent a lot of time getting ready to do this. And I spent a lot deconstructing and making him aware of his behavior around food. As well as his prior bad experiences and scripting (there were many … including Weight Watcher’s AT AGE 11).

Why am telling you all this? Because it’s a true story about the power of working toward action … the “Flowing” change-step. In the right way.

And not worrying where you started. My client did something very vital … he showed up every week and was willing to work on everything that led to his ultimate success.

Ultimately, he lost 80 pounds, ran a marathon with a history of asthma, and kept it off for 20 years. I ran into him a couple of years ago; he said that he had gained 40 pounds.

And was ashamed that he had used a popular diet to take it off again. I said, “Doesn’t matter what plan you did … you have all the tools to make it a success.”

Anyway … the moral of this story is that he showed up … every week … for years. And over the years he got ready. He learned skills to gain confidence. And was able to do what he wanted with his weight … for the rest of his life!

So … no matter WHERE you are in that quiz … just do it! Because information will literally seep into your unconscious until you’re ready to act. THAT’S how we’re wired!

So Let’s Get Going …

I’m going to give you a a series of processes (i.e. things-to-do) to work through. I would suggest you do them all. In the order that I’ve presented them.

Because … like my client above … you’ll unconsciously learn tools. Tools that will help you gain confidence. And then take action on whatever your chosen goal is.

A lot of programs want you to delve deeply into your past … let’s NOT start there! Instead, let’s list your “resolutions” or goals for 2023.

I’d suggest that you find some writing materials. A pad or journal and a fave writing implement.

… Writing … sends a signal to the cerebral cortex: ‘Wake up! Pay attention! Don’t miss this detail!’ Once you write down a goal, your brain will be working overtime to see you get it, and will alert you to the signs and signals that […] were there all along.

Do this How-To Process …

So grab your materials and write your goals … ALL OF THEM! Write first, “In 2023, I want to …” and list them … as many as you can think of. Because you might need them later. AND what you write might surprise you.

List ’em. Then put them down for awhile. Two or three hours later (or more), pick the paper up and read through your goals. What pops out at you? That will be the one thing that you’ll work on first … the one ball-in-the-air.

Write all you can to answer these questions.  Don’t think.  Let the ideas flow no matter how absurd they sound at the time.

You don’t even have to capitalize or punctuate if that’ll make ideas flow more freely.  This is a process to reveal the things you DON’T know about you and food:

Once you do all this writing, read through it and compose a “Heart-Reason” statement that really describes why you want to do this thing.  If this is about healing your gut, perhaps it’ll go something like this:

I want to heal my gut so that I can feel better mentally and physically, stop taking pills for painful gastroesophageal reflux disease (GERD), and lose weight so that I can be in the body I was meant to have.

It helps if you put it in present tense too.  In other words, I’m rewriting the above to say:

I am eating to heal my gut so that I can feel better, have no GERD symptoms, lose weight, and be in the body I was meant to have NOW!

Put this on sticky notes and post them all over your house or on your cell phone so that you can access this often to remind yourself. I also have red recordable “panic buttons” (I’m giving you a link for the small ones on Amazon; I also have a desktop model) that may help as you can carry and access your Heart-Reason anytime you want.

OK … now that you have your goal and Heart-Reason. Let’s delve more into what’s going on presently.

I actually LOVE this article from … of all places, the Centers for Disease Control. It explains how to plan for an eating change … but you can use the framework for doing any change as I did yesterday with a client to problem-solve exercise. It’s a three-pronged plan, the first being …

Here’s where we look at ALLL your eating habits in a non-judgemental way (I know that’s difficult but just be curious about what you do with food and jot it down on your writing materials). It’s great if you do at least a 3-day record on a typical day (usually NOT a weekend). Here’s a My Food and Drink Diary form for you if you want to use that … or just use your writing materials.

It’s important that you write down EVERYTHING you eat and drink to really see your eating patterns. Another way to do this is the See How You Eat app available in your app store. Download to your phone and snap all your food and drink away!

It’s also good to note how you were feeling when you decided to eat, especially if you’re eating when you’re not hungry. Were you tired? Stressed out? Don’t “stress” about it … merely note it.

Then list the habits that may be leading you to eat. Common eating habits are:

Then ask yourself … what can I do to avoid this habit or cue so that I can eat healthier? One of my clients talked to (and kept reinforcing her stance with) her boyfriend’s mother about not pushing food on her. I’ve also recommended to clients that they take another route after work to avoid the fast food restaurants they normally go to.

If you can’t avoid the situation (like the bagels and cream cheese at the staff meeting) … what CAN you do instead? Maybe bring your own snack or position yourself far away from the plate.

Go back and review your eating habits and cues. Pick one to work on. For example, I once worked with a client who weighed over 400 pounds! He began to lose weight by doing these two simple steps … one he asked for a “doggie bag” (do we EVER give it to the dog?) before he ate and stowed half his dinner in it. Then took it home.

One day, he … two … announced that he had intentionally left it and was so proud of himself! He lost over 100 pounds total! And this was just one way he mindfully dealt with his eating habits.

Another client said that eating chips and salsa at a Mexican restaurant was her biggie habit. I told her to break the chips in half. At her next visit, she shared that she had eaten way less as a result.

So whatever you listed, tackle your biggie habit or cues one at a time. This may take awhile … but it’s my experience that once you’re successful with conquering one habit … you’re much more likely to tackle others. Better than sitting on the couch every night eating bag after bag of chips!

Oh … and plan meals ahead of time so you’re more likely to eat them that fast food or take-out.

Keep doing your new habit until it’s fairly “Flowing” according to the quiz definitions. This may take some time … we’re so good at returning to the status quo.

So be patient. And know that one little change can spark a whole lot more! It usually does …

So exploring your eating behavior is all well-and-good. But now you have to figure out how to do actually eat better and minimize at least one cue or habit.

Would you believe that some of my younger clients don’t know how to cook? I guess we are TRULY in the fast food era.

So part of treatment (pre-COVID) for these guys entailed coming to cook in my kitchen and learning a few basic things. As well as making a concrete plan to continue that behavior.

That’s SOOO important. You’ve gotta make a plan as I used to say when I was running an OptiFast-type program …

It’s so true … So how are you going to make this happen? Well … you might want to first plan your meals. You can use the paper diary or I like this pad or this one that you can get on Amazon.

Or make it even easier on yourself. For a few bucks (sometimes more), you can order meals from Hungryroot or Factor. Or deal with meal-planning software (you have to cook though) from places like Macrostax or Paprika.

Whatever you do … you’re getting one step closer to being successful with your diet … and everything else … changes.

The groundwork of all happiness is health ~ Leigh Hunt 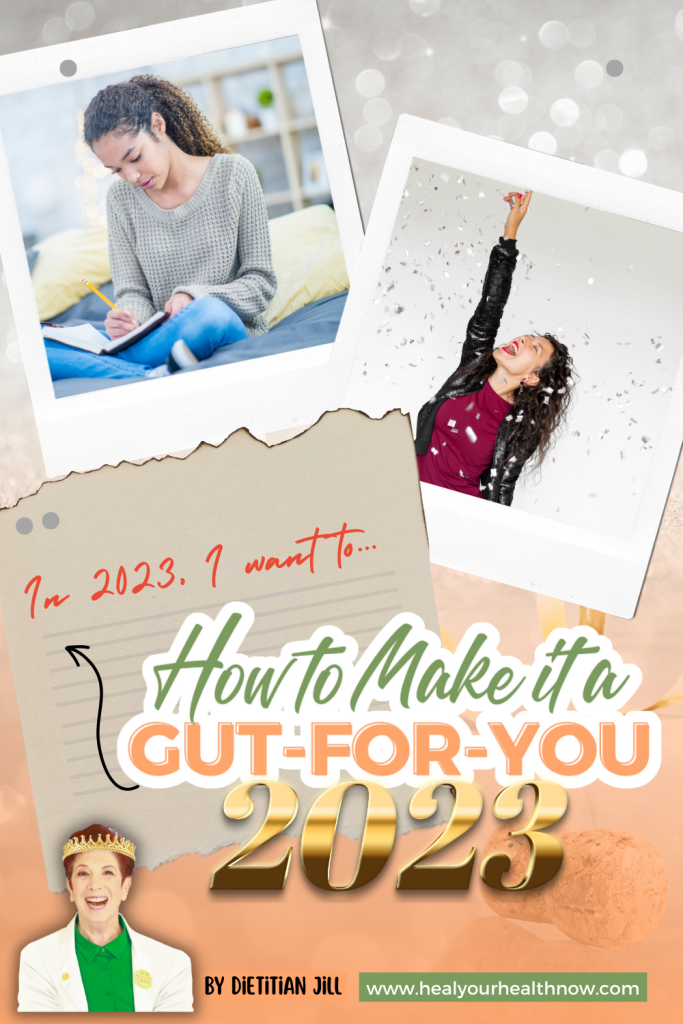