Lately it’s the NUMBER-ONE most popular health topic.  Yet few people know what it is.  And how vital it is for us to not only know more about AD but to start personally preventing it.  YESTERDAY!

Pure and simple, in an autoimmune condition, your immune system is literally attacking your own cells.  But the immune system isn’t evil or something we should avoid at all costs.  As a matter of fact, it’s just trying to protect you.  From an ever-increasing toxic onslaught. 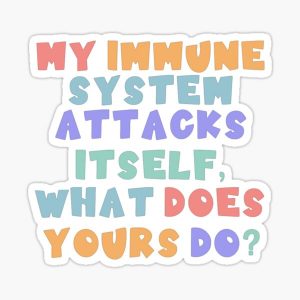 I’ve often said that we’re poisoning ourselves (shades of The Matrix?). 250 POUNDS of toxic chemicals per person per day are dumped in the U.S.  Many statistics bear that out.

For example, the World Wildlife Federation says that there was a 58% reduction of all wildlife from 1970 to 2014 … in a mere 44 years … and the statistic goes up to 78% near fresh-water lakes.  I’m reminded of the 70’s film, Silent Running, where the future earth is devoid of flora and fauna, and the only wildlife that exists is in pods circulating the earth.

And here’s a true self-poisoning statistic. There’s been a 59% reduction in sperm count in U.S. males in 37 years. If you’ve seen the Hulu series, The Handmaid’s Tale, (or read the book), it’s unnerving that we may not be far away from this.Click To Tweet

What do toxins do to us?  Well, you’re not going to feel the effects today.  Or tomorrow.

But toxins build up … they’re cumulative.  Clients are always asking me why … all of a sudden … they have food sensitivities or other autoimmune reactions.  My response … they’ve been accumulating toxins their whole lives.  And, all of a sudden, the body says “NO MORE!”

How Some Autoimmune Reactions are Born

Reactions can be far more insidious and complicated than that.  But I’ll try to make them understandable for you.

We have receptor sites on every cell in our body.  Receptors are macromolecules that regulate cellular biochemical processes.  And they’re specific to thousands of different types of hormones (and other chemicals) … but every cell has receptors for both insulin and thyroid hormones.

Obviously, since they’re on every cell, these two are our most important hormones.  And rightly so, as they regulate many, many metabolic processes.  Being a 50-year Star Trak fan, I like to equate them to space docks for the Starship Enterprise.  But Dr. Tom O’Bryan puts it in guy terms … receptors as catcher’s mitts.

All’s well and good if the right hormone binds easily to whatever receptor image you’d like to envision and elicits the right chemical response.  But toxins get in there and disrupt receptor sites by binding to them instead.

O’Bryan uses the image of having three balls in the catcher’s mitt … leaving no room for the hormone that’s supposed to be there.  When that happens, the body can react negatively to the build-up of hormones and other chemicals in the blood. As well as responding to whatever ends up in the catcher’s mitt.

For example, one of the reasons the sperm count has dropped is that the toxins we take in have endocrine-disruptor chemicals that bind to their specific receptor sites, thus keeping out what should be there.

And, guess what, researchers are also gathering convincing evidence of chemical “obesogens” … other types of endocrine-disruptor dietary, pharmaceutical, and industrial compounds that may alter metabolic processes and predispose some people to gain weight. Maybe losing weight isn’t as simple as eating less and exercising more.  Anymore.

Clearly, toxins are huge problems.  But we also can lose oral tolerance, which can lead to leaky gut and more autoimmune problems.

O’Bryan, an expert on gluten sensitivity, gives us yet another example of the creation of an autoimmune condition (there are many avenues to overload).  He explains that, every time we eat wheat (whether or not we have a sensitivity [scary information!]), it tears at the lining of the gut (specifically the lining of the small intestine).

Fortunately, gut cells change and heal every 3 to 5 days.  The problem arises, however, when we get so overloaded that we FAIL to heal … we lose oral tolerance and develop leaky gut.

Think of the gut as a thick metal barrier for things that shouldn’t be in our blood streams.  Including the toxins we take in.  The barrier is also dotted with another kind of receptor called villi … where nutrient absorption takes place.

When we lose oral tolerance, it’s like mortar shells (I know I’m using guy-imagery, but bear with me) tearing at and lodging in that barrier, leaving big gaping holes for the wrong stuff to leak through. And also felling those villi so they can’t absorb the right stuff.

One of the side effects of leaky gut may also be a change in weight (the body stuffs fat into fat cells because it can’t absorb it or throws needed nutrients out, resulting in over- and under-weight respectively).

What I didn’t know … and what makes ultimate sense to me … I learned from O’Bryan.

When we lose oral tolerance, we tend to develop an AutoImmune Disease based upon whatever genetic vulnerability we have. In other words, if we’re predisposed to diabetes, we develop that. Or celiac disease. Or Hashimoto’s. Or arthritis.Click To Tweet

What are We to Do?

If all this information hasn’t alarmed you yet and caused you to take action, I don’t know what will. I certainly am!

It’s time to focus research on this very prevalent problem.  But it seems like we’re stuck in a situation similar to the AIDS crisis.  $561 million was spent by the N 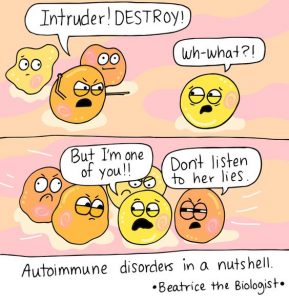 ational Institutes of Health on AD last year as compared to $6.1 billion on cancer.

Now I realize that cancer is also a huge problem too … I worked in the cancer community and experienced it firsthand.  But isn’t cancer also a type of AD?  Research has shown it to be so.  So isn’t our research misguided … shouldn’t we be getting to the core of what the problem really is?

On a personal level, O’Bryan advises that “base hits win the ball game”.  In other words, doing small things to keep us from developing an AD toxic overload.  O’Bryan has tons of tips in his book, The Autoimmune Fix … I’ll share some of them in a future article.  Me … I’m ordering a chlorine filter for my bathtub right now!

What type of autoimmune problem do you think you have?  How is it manifesting in your life?  What do you think caused it?  What are you doing to solve the problem? 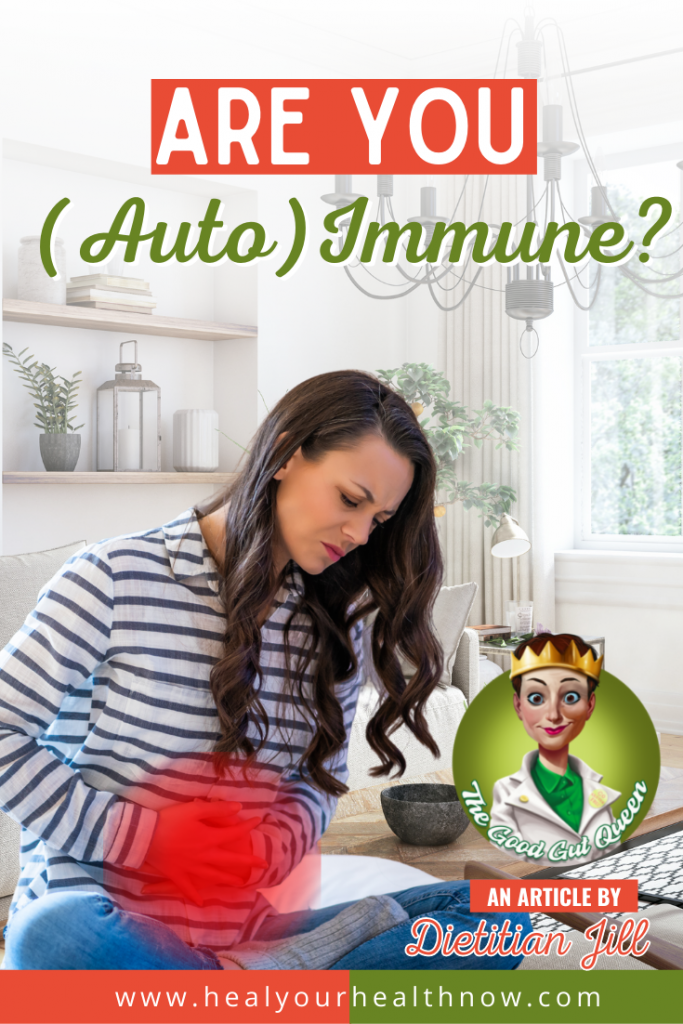