Over Half of America’s Calories Come from “Ultra-Processed” Foods 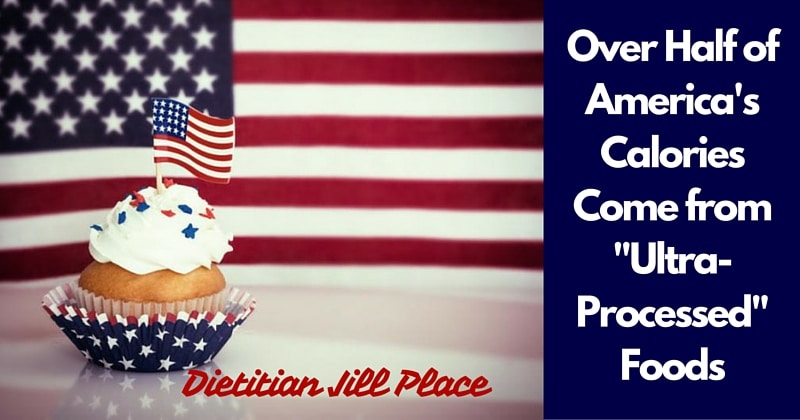 America’s in Trouble … Foodwise and Healthwise

This telling article in the BMJ, the British Medical Journal, revealed that we’re deep into consumption of what it called “ultra-processed foods”. What are they, you may ask?

Ultra-processed foods, according to the authors, are defined as ‘industrial formulations which, besides salt, sugar, oils and fats, include substances not used in culinary preparations.’ These substances include flavorings, colorings, sweeteners and other additives that improve sensorial qualities, such as emulsifiers.

In other words, they’re mostly sweets, baked goods, and other desserts, packaged snacks, instant noodles, processed meat products, and fast foods … stuff that the average American eats daily because they think they don’t have the time or can’t be bothered to make healthier meals.

Put another way, 1 in 5 calories consumed by the individuals in the study were from ultra-processed foods.

Ain’t that the truth! There seems to be a wide chasm between what we know we should do and what we’re actually doing. And no one appears to be putting any type of widespread interventions into practice at this time.

Case in point … my work in the addiction community. There’s tons of research that increased protein and decreased sugar intake could lead to increased sobriety and decreased relapse potential. Yet, clients were fed ice cream and day-old donated pastries and clamored for Ensure, which was mostly sugar and high-fructose corn syrup at the place I worked for six years. I’ve had great success with diet and supplements with addict’s recovery in my private practice. But what they’re being fed at some of the country’s top rehabs flies in the face of logic, research, and even commonsense.

So it’s time to rethink what we put into our mouths. Food sensitivities and other more serious conditions are growing out of control and to our distinct detriment. I have daily calls from those who are sick from making poor food choices. Correcting them can lead quickly to better health. So what are we waiting for?

When will we understand that what we put in our mouths is making us sick? And do we have to GET sick before we do something about it? I sincerely hope not.

If you’d like to read the whole article from Medical News Today, go to http://www.medicalnewstoday.com/articles/307636.php.

How much fast and processed food do you eat? Do you have a plan in place to eat healthier? What does that entail?