Even More from “The ‘Food is …’ Project” 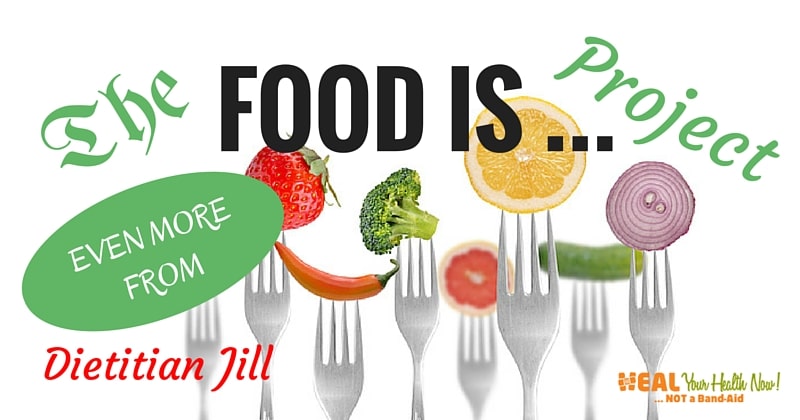 Even MORE Revealing Responses to the Phrase … Food is …

I can’t believe it … people are STILL completing this phrase WEEKS after the original post. And some of them are even hilarious like my friend and colleague, EZ, said …

Food is … Oh I hate to say this …”a necessity”.
… she wasn’t, however, happy about saying that on some level. So when another colleague, JY, liked her response, she said … “J, Can I like your like of my comment? ❤️” to which JY replied, “ Hahaha. I just adore you! ❤️ You can like me all day long, every day ?”.

I absolutely love the amazing ? group of women I’m affiliated with that are not only successful shatter-the-glass-ceiling 6- and 7-figure earners but are changing things by empowering third-world women and giving back globally in so many other ways. I am forever grateful for those hearts, souls and forever friendships. Along with assorted emoticons. And now that we can expand our expression on Facebook with ever more targeted expression, I wonder if this mutual admiration will ever end. I hope not.

No wonder EZ was conflicted. Food as neccesity is actually an oxymoron. Yes, I know we need food to live. We all know that. But does responding this way mean that you’re not really into food? Or that you’re afraid of it? Or just stating a fact? Or all of the above?

I’ve gotta say that I’ve been faced with the hysteria of my size and food as its scapegoat for years. And, to tell you the truth, I don’t know if I’ve ever gotten past that thinking. I’ve starved, binged, guilted, and sobbed … beating my body into submission for a certain look, a certain period size when I was acting (full breasts great for Restoration “basket-of-fruit” corsets and shimmering swaying taffeta… and strapped down to mimic the man in the same show) and contemporary strictness of slimness (I can never be a size 2; my Russian peasant hips are much too large).

So food seems to be an ambivalent necessity for most of us. Ain’t that grand?

Food is … Family.
This is a more refined … with beaucoup heart emoticons …version of food as community. My family was always drawn together over food. Over my aunt’s two-day culinary sojourn that I often helped with as I was often dropped off for the weekend by my partying parents. My aunt was the one who instilled a love of food and food preparation in me because she ❤️ it so much. She did everything except distill her own wine … even clubbing the carp for the freshest gefilte fish I’ve ever had. Not a fish fan … but I never forgot it. I’ve had no equal since. Or the chopped liver with the schmaltz (chicken fat) that she rendered herself.

Besides the food, the whole family came together for Aunt Jessie’s culinary creations. Four very different women with four very different husbands … all squabbling and each trying to control the situation. My mother, used to the squabble, just sat back and let them. Perhaps that’s why she let the others do the honors with food and just sat back.

My mother was a truly terrible cook … it was the Jewish family joke. She was in her sixties before she found out that baking powder would keep her potato kugel from behaving like a brick. And that, long ago, she went on strike because she made the unforgivable mistake of telling her new husband that the cake she baked had butter in it. He promptly threw it down the trash chute. Of course, he ate tons of butter in the pastries at the corner bakery and years later, when I made cakes and he asked the same question, I lied. That was part of the family food lexicon too.

Food is … a Creator of Memorable Moments.
Family aside, most of the great moments of our lives were formed in and around food. We meet to “break bread” … as a matter of fact, many of our religious rituals circle around bread and wine … as a life force not only a metaphor for the body and blood of an enlightened being but as far-flung ritual symbolizing respite from plague and break-fasts alike. I grew up with the Passover plate and its symbols, the matzoh, and the challah.

Besides religious ritual, food is always around when we’re celebrating something. Most of the photos of what I now call the “Wonder-Working Women” … my world-wide sisters … are around lunch and dinner tables. And how many birthdays, brises, and otherwise blowouts are celebratory bashes around food. One of my consulting jobs even makes each lunch memorable.

It’s impossible to extricate memorable moments from the food that surrounds, heaps, and insinuates into them. What’s your celebratory meal … most of us have a basic one and variations of it. And ain’t THAT grand?

Leave Your Comments About The “Food is …” Project Below

Please finish the phrase … “Food is …” below and include your name and any other pertinent information you’d like to share. I’d love to have you as part of my eBook!